The Panthers scored a comfortable win at home court. 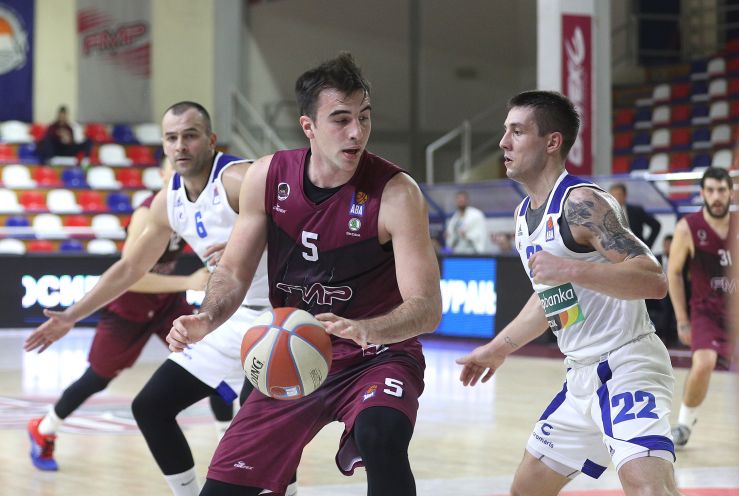 Game recap: After suffering two defeats in the previous two rounds of the 2019/20 ABA League regular season, FMP have returned on the winning path by beating Zadar at home court. This match was completely one-sided, as the Panthers have been dominating the court from the first to the last minute. Still, it must be mentioned that Zadar played this game without the league’s 2nd best scorer Bryon Allen, which partially explains the big margin at the end.

Key moments: It was the 2nd quarter in which FMP gained the crucial lead. The home side scored 30 points in that period, leaving the visitors far behind at the halftime – 50:29.

Man of the match: Marko Pecarski! FMP’s hot prospect had (almost) a perfect game this evening. He was 2/2 for 2 points, 3/4 for 3 points and 2/2 from free throws. Pecarski finished the match with 15 points, which is his career-high in ABA League.

Can’t trick the stats: FMP had 28 assists, which is 13 more than Zadar had in this match. The home side played as a true team and scored a well-deserved win.

Click here for more match stats
Match: FMP Meridian - Zadar
Join thousands of ABA League fans in our digital community by liking us on Facebook, following us on Twitter or Instagram and subscribing to our YouTube channel.
If you like this and our other articles, make sure to sign up for the ABA League newsletter. You will be notified regarding all important news and updates on the ABA League via e-mail.
Social Media
Tweets by ABA_League