On Saturday night, Partizan NIS will be hosting Igokea at home in Štark Arena in Belgrade in the battle of the two teams with one goal in mind – achieve a new triumph. 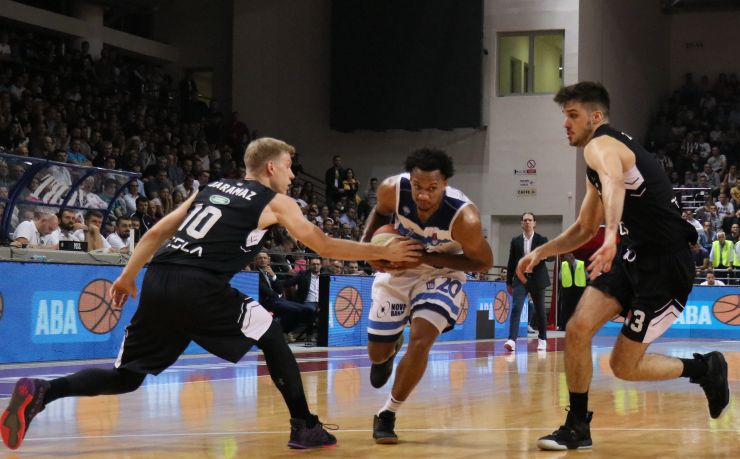 Story of the game: An interesting clash of two highly motivated teams is coming up in Belgrade’s Štark Arena, as Partizan NIS will be hosting Igokea.

Partizan NIS have demonstrated some excellent performances lately and are looking to jump to the first place and in order to do that, not only a defeat of Budućnost VOLI would be necessary, but also their victory. On the other side, Igokea desperately need a new victory in order to get back to the winning track and escape the danger zone at the bottom of the ABA League standings, where they are currently positioned together with Mega Bemax and Zadar.

Match-up in focus: We will be enjoying the battle of ABA Super Cup MVP Rashawn Thomas and former Partizan NIS big man Đorđe Gagić at the power forward position. While Thomas is currently the second best scorer of Partizan NIS with 10.8 points scored per game, Đorđe Gagić is averaging 12.2 for Igokea. Who will be more prolific this time around?

Match: Partizan NIS - Igokea m:telPartizan NISIgokea m:tel
Join thousands of ABA League fans in our digital community by liking us on Facebook, following us on Twitter or Instagram and subscribing to our YouTube channel.
If you like this and our other articles, make sure to sign up for the ABA League newsletter. You will be notified regarding all important news and updates on the ABA League via e-mail.
Social Media
Tweets by ABA_League