At home in Domžale, Helios Suns have prevailed over Dynamic VIP PAY and grabbed their seventh win of the season. 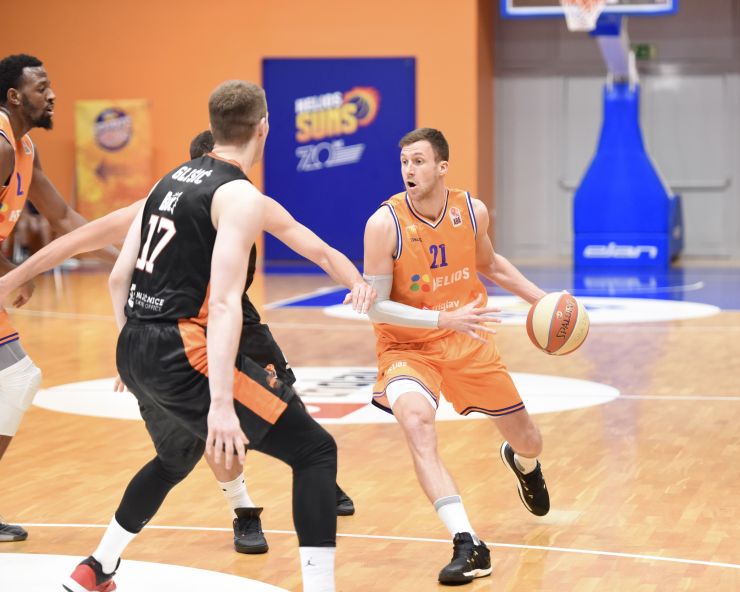 At home in Domžale, Helios Suns have prevailed over Dynamic VIP PAY and grabbed their seventh win of the season.

This win keeps Helios Suns in the Playoffs race, while on the other side, Dynamic VIP PAY continue the season with six triumphs on their record, which puts them in the middle of the standings and their hope of reaching the Playoffs seems to be slowly fading away. But, there is still plenty to play in this regular season and nothing is impossible.

Helios Suns did the majority of their job in the opening quarter, when they have pulled away by double-digits. Their lead was 21:11 after the opening 10 minutes of the clash and they have increased their advantage to 19 by halftime. Dynamic VIP PAY fought back in the third quarter, which they won 24:6 and made it a 1-point game before the final quarter, but they just lacked a bit more luck to turn the game completely upside-down.

Helios SunsMatch: Helios Suns - Dynamic VIP PAYDynamic VIP PAY
Join thousands of ABA League fans in our digital community by liking us on Facebook, following us on Twitter or Instagram and subscribing to our YouTube channel.
If you like this and our other articles, make sure to sign up for the ABA League newsletter. You will be notified regarding all important news and updates on the ABA League via e-mail.
Social Media
Tweets by ABA_League