In the Sunday’s matinee in the 13th round of the ABA League season, Cibona will be hosting Cedevita Olimpija in Dražen Petrović Arena, Zagreb. 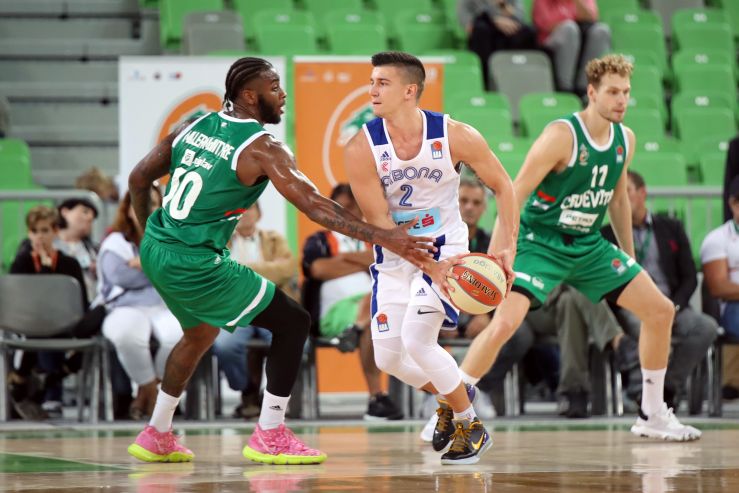 Story of the game: In the opening game of the Sunday’s ABA League programme, Cibona will be hosting Cedevita Olimpija at home in Dražen Petrović Arena in the clash by the noon.

It is a prestigious clash, deriving from the old rivalry by Cibona and former Cedevita and for Wolves it will matter even more this time, as they wish to grab a revenge for their second round defeat in Ljubljana, when the two squads have met for the first time.
Currently, Cedevita Olimpija are occupying the top of the standings, where they are not alone, though. On the other side, Cibona are placed in the lower half of the standings.

While Cedevita Olimpija are in a 3-games long winning streak and they hold 9 triumphs on their record, Cibona have lost 2 in a row and hold only 4 triumphs after 12 rounds. This means that not many are expecting their celebration at the end of the game, but in such games everything is possible.

Let’s watch the game and find out how it would unfold.

Match-up in focus: Ivan Novačić and Jaka Blažič have shined a round before, as Novačić scored 23 points for Cibona against Mornar, while Jaka Blažič scored 33 in the game against Mega Bemax, while achieving a valuation of 48. Who will score more this time?

Match: Cibona - Cedevita OlimpijaCibonaCedevita Olimpija
Join thousands of ABA League fans in our digital community by liking us on Facebook, following us on Twitter or Instagram and subscribing to our YouTube channel.
If you like this and our other articles, make sure to sign up for the ABA League newsletter. You will be notified regarding all important news and updates on the ABA League via e-mail.
Social Media
Tweets by ABA_League