On Saturday night, Partizan NIS will be hosting Mornar at home in Belgrade in a derby game of the ABA League Round 14. 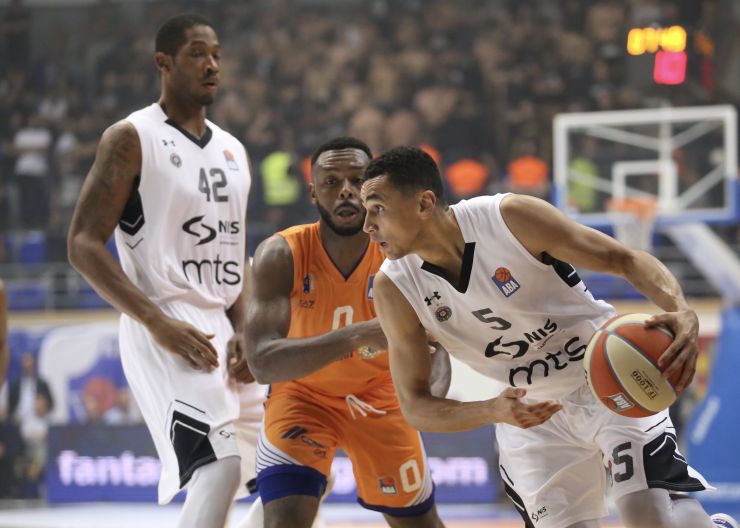 Story of the game: In a big game, which is coming up on Saturday night in Belgrade, Partizan NIS will be hosting Mornar in their home Štark Arena and will be looking to extend their winning streak, which now spans for no less than five games in a row. In case they had achieved the victory, one thing is clear – the black and white would stay atop of the ABA League standings.

On the other side, Mornar also only have one single thing on their mind – beat Partizan NIS and stay in the Playoffs race, as a new defeat would push them already far behind the competition in the mission of achieving the top four. Their shape is not as brilliant as Partizan’s, as they have lost their last game and won three in their last five. However, such big games are always unpredictable.

How will the game end? Watch it and find out!

Match-up in focus: Ognjen Jaramaz against Jacob Pullen! Who will shine brighter this time around on the court of Belgrade’s Štark Arena? While Jaramaz is the second-best scorer of Partizan NIS with 9.6 points scored per game, Pullen is the top scorer for Mornar with 17.8 per game. When it comes to passing, Pullen is also the top passer of his team with 5.4 assists dished out per game, while Jaramaz is having 2 assists per game for his Partizan NIS.

Match: Partizan NIS - Mornar-Barsko zlatoPartizan NISMornar-Barsko zlato
Join thousands of ABA League fans in our digital community by liking us on Facebook, following us on Twitter or Instagram and subscribing to our YouTube channel.
If you like this and our other articles, make sure to sign up for the ABA League newsletter. You will be notified regarding all important news and updates on the ABA League via e-mail.
Social Media
Tweets by ABA_League