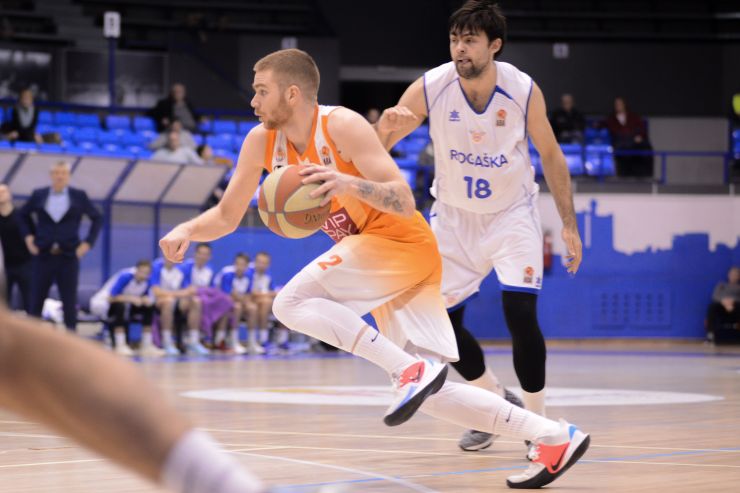 Rogaška have outgunned Dynamic VIP PAY on the road in Belgrade and re-joined the Playoffs race.

With an impressive performance, Rogaška have outgunned Dynamic VIP PAY on the road in Belgrade and have grabbed their ninth win of the season, which keeps them firmly in the Playoffs race. On the other side, Dynamic VIP PAY continue their ABA League 2 season with 6 victories on their record, in the lower half of the league standings.

The winners were basically decided already in the opening half, as Rogaška pulled away with a 15-point lead already in the first quarter (16:31). By halftime, their lead went up to 18 points and it became clear at that point, that there is a zero chance of a comeback for the hosts. In the end, the score was 71:60 in favour of Rogaška.

Click here for more match stats
Match: Dynamic VIP PAY - RogaškaRogaškaDynamic VIP PAY
Join thousands of ABA League fans in our digital community by liking us on Facebook, following us on Twitter or Instagram and subscribing to our YouTube channel.
If you like this and our other articles, make sure to sign up for the ABA League newsletter. You will be notified regarding all important news and updates on the ABA League via e-mail.
Social Media
Tweets by ABA_League