The boys from Bar scored a very important home-court win. 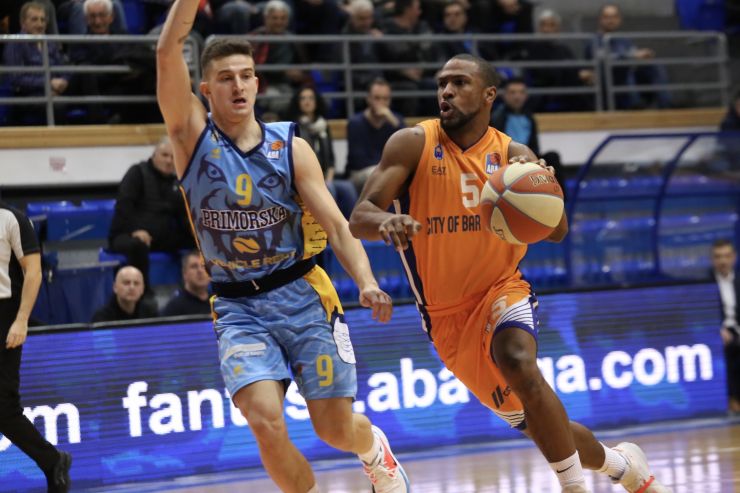 The race for the 2019/20 ABA League Playoffs will obviously be very exciting until the very end.

Key moments: Mornar have been in front throughout the whole match, but Koper Primorska managed to reduce the margin to just 6 points in the 3rd quarter – 63:57. Still, the visitors had no chance of making any major comeback in this match. After seeing that their rivals have come quite close, Mornar troops increased the pace once again and escaped to a double-digit lead until the end of the 3rd quarter - 71:61. In the rest of the match the home team tried really hard to win by more than 18 points, however Jacob Pullen and Derek Needham missed two three-pointers in the final minute.

Man of the match: Uroš Luković is not just the MVP of this game, but he is also currently leading the race for the MVP of the round. Mornar's center scored 16 points, had 6 rebounds, 4 blocks and 3 assists, while his overall index rating was 31.

Click here for more match stats
Match: Mornar-Barsko zlato - Koper Primorska
Join thousands of ABA League fans in our digital community by liking us on Facebook, following us on Twitter or Instagram and subscribing to our YouTube channel.
If you like this and our other articles, make sure to sign up for the ABA League newsletter. You will be notified regarding all important news and updates on the ABA League via e-mail.
Social Media
Tweets by ABA_League