In the opening game of the ABA League Round 17, Cibona will be hosting Budućnost VOLI in their Dražen Petrović Arena. 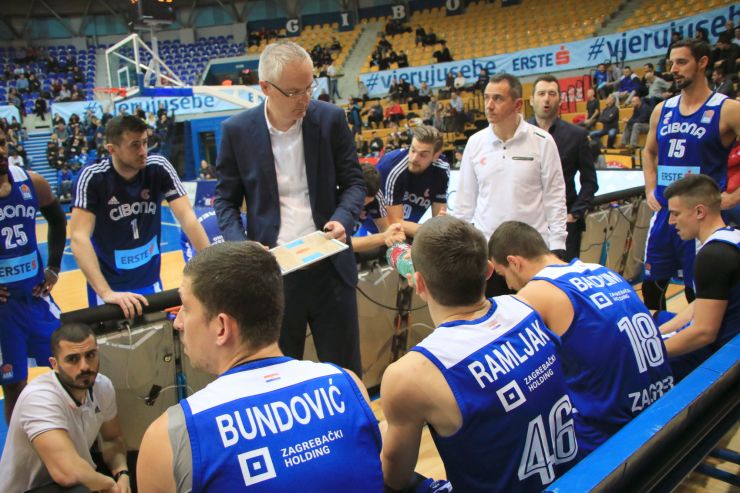 Story of the game: The ABA League Round 17 is set to begin and it will tip-off in Zagreb, where Cibona will be hosting Budućnost VOLI in the opening game of the round. It is a game that is extremely important for the development of the season for both teams.

While Cibona need to grab a victory to score six of them and escape the danger zone at the bottom of the standings, where the last-placed Mega Bemax are currently just two wins beneath them, Budućnost VOLI need to triumph on Saturday night in order to keep in touch with the leading ABA League side Partizan NIS, which are currently one win away from the squad of Morača.

However, when speaking of tradition, one must note that it is on Cibona’s side, as the Wolves have won 9 of their clashes against Budućnost VOLI so far in the regional competition, while Budućnost VOLI celebrated seven times.

Match-up in focus: Filip Bundović or Hassan Martin! That’s the question now! While both of them are currently second-best scorers of their squads, with Bundović averaging 11.8 points and Martin 10 per game, Martin emerges as the top rebounder of Budućnost VOLI with 6 rebounds per game, while Bundović is the second at Cibona with 3.4 grabbed per game. Who will prevail this time and take his team to the win?

Budućnost VOLIMatch: Cibona - Budućnost VOLICibona
Join thousands of ABA League fans in our digital community by liking us on Facebook, following us on Twitter or Instagram and subscribing to our YouTube channel.
If you like this and our other articles, make sure to sign up for the ABA League newsletter. You will be notified regarding all important news and updates on the ABA League via e-mail.
Social Media
Tweets by ABA_League