In the opening game of the ABA League Round 19, Cibona will be hosting Mega Bemax in Dražen Petrović Arena, Zagreb. 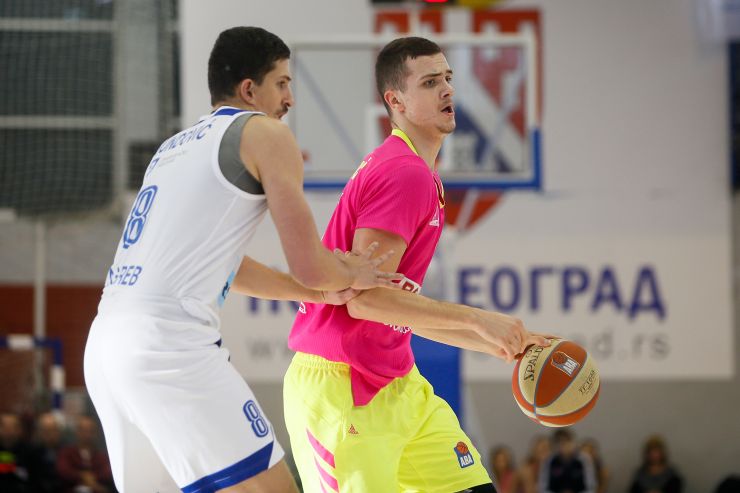 Story of the game: An extremely important game is coming up for Cibona and Mega Bemax, as the two sides will be opening the ABA League Round 19 with a bang. One could argue that this could be the game of the season for both squads, that are still battling to avoid the danger zone at the bottom of the standings.

A win would take Cibona definitely out of the danger of being relegated to the ABA League 2, while Mega Bemax need the win desperately, as another type of scenario would keep them at the bottom of the standings, where they are currently alone with Zadar, with four triumphs collected so far. A victory would mean the start of their mission of saving themselves from exiting the ABA League first division.

Both teams haven’t been shining recently and the difference between them over the last five rounds has only be the recent round, when Cibona have beaten Krka on the road, while Mega Bemax have been defeated on the road in Koper. Cibona have won 2 of their last five games and Mega Bemax 1.

When speaking of tradition, we should mention that when playing in Zagreb, Cibona have been more successful than Mega Bemax so far in their mutual encounters, as they have celebrated 4 victories and Mega Bemax 2.

Match-up in focus: Filip Bundović against Marko Simonović! That’s the question now! The two big men will fight for the supremacy in the paint and their battle could well decide the flow of the game in the end. Bundović is currently the second-best scorer and rebounder of Cibona, averaging 11.8 points and 3.3 rebounds per game. On the other side, Marko Simonović is the second-best scorer and the top rebounder of Mega Bemax with an average of 16.5 points and 8 rebounds per game.

CibonaMega MIS
Join thousands of ABA League fans in our digital community by liking us on Facebook, following us on Twitter or Instagram and subscribing to our YouTube channel.
If you like this and our other articles, make sure to sign up for the ABA League newsletter. You will be notified regarding all important news and updates on the ABA League via e-mail.
Social Media
Tweets by ABA_League