The visitors scored 17 three-pointers in this match! 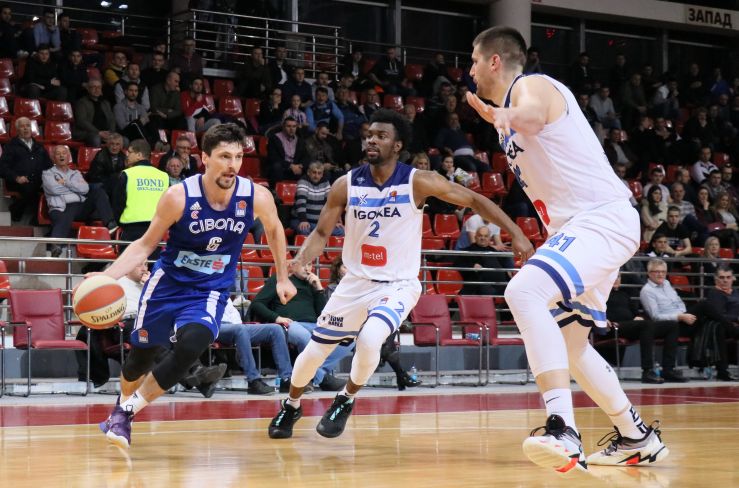 Game recap: Cibona have scored a huge away win in the Round 21 opener as they defeated Igokea on the road. The Zagreb side have therefore made a major step away from the relegation zone and this win might secure them the ABA League status for the next season.

Key moments: On 3 minutes before the end of the 3rd quarter Igokea reduced the gap to just 6 points –71:65, however Cibona responded immediately by making the crucial 9:2 run which gave them a comfortable 13-point lead in front of the last quarter – 80:67.

Man of the match: Matic Rebec was once again the main engine of Cibona squad. This 25-year old point guard scored 16 points this evening (all of them in the 1st half), while he also had 5 assists and 3 rebounds. His overall index rating was 24.

Can’t trick the stats: We have already written that Cibona scored 17 three-pointers tonight. The visitors played this game with 11 players, while 9 of them have scored at least 1 three-pointer! Simply, Cibona’s squad had a fantastic shooting night.

Click here for more match stats
Match: Igokea m:tel - Cibona
Join thousands of ABA League fans in our digital community by liking us on Facebook, following us on Twitter or Instagram and subscribing to our YouTube channel.
If you like this and our other articles, make sure to sign up for the ABA League newsletter. You will be notified regarding all important news and updates on the ABA League via e-mail.
Social Media
Tweets by ABA_League