On this day, 6 years ago, Cibona have grabbed their first and so far only regional competition trophy. The Zagreb basketball fans will remember the Belgrade miracle for their entire lives. 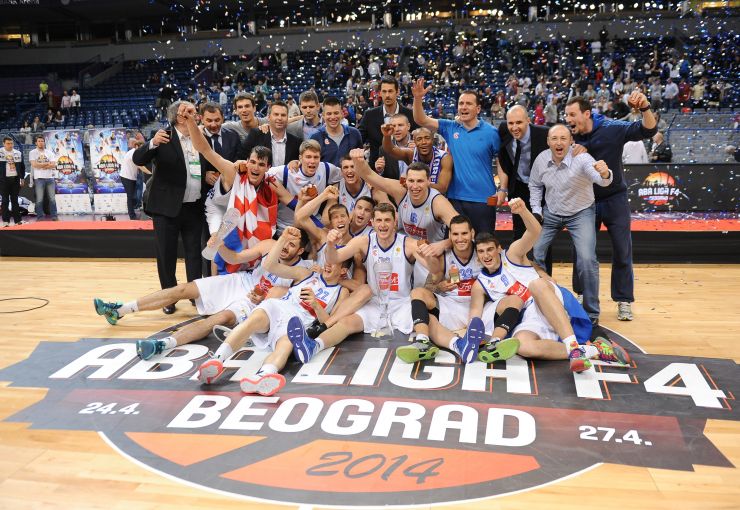 Speaking of Cinderella stories, one of the most impressive ones, written in the ABA League is for sure the story of Cibona’s 2013/14 season, which was incredibly turbulent, but ended in the sweetest possible way for the blue fans – by achieving their sweetest moments in the last decades, as they have lifted the ABA League trophy.

Cibona have entered the 2013/14 season with great ambitions, star-packed roster and experienced head coach Neven Spahija at their helm. However, their season did not go as planned and their strategy has collapsed during the competitive season, after which the head coach has left the team and as well did many key players.

Finally they managed to catch the last spot to the Final Four tournament, after they have finished the Regular Season at fourth place with 17 wins on their record, two more than the fifth-placed Budućnost VOLI (15) and behind Crvena zvezda Telekom (22), Cedevita (19) and Partizan NIS (18).

The Final Four Tournament was set to take place in Belgrade and already in the first game at the tournament, the Wolves have faced the Regular Season first-placed team Crvena zvezda Telekom, which were the favourites on paper in any aspect, given the current situation. More than 8,000 fans of the red and white squad visited the Belgrade Arena for the big game, expecting an easy stroll towards the Final. But Cibona had other plans. The Zagreb squad demonstrated a brave performance and silenced the home crowd, as they have snatched away the big win, with the final score of 75:70.

In the other Semi-final pair, Cedevita have also stunned home side Partizan, so it turned out that the Zagreb Final was to take place in the middle of Belgrade. Again, everyone was expecting the strong Cedevita roster to swipe the court with Cibona, but again it just did not happen.

Cibona have dominated the court and led by amazing Dario Šarić, who was later named Final Four tournament MVP and scored 23 points, while grabbing 11 rebounds and dishing out 7 assists, Marin Rozić who added 13 points and Jerel Blassingame, who contributed 12, they have returned home to Zagreb with a 72:59 win and their first and so far only regional competition trophy.

This was not only the last trophy for Cibona, but also last appearance in the Playoffs for the Zagreb squad. Before the golden 2013/14 season, they used to be regular trophy contenders. They have appeared 6 times at the regional competition Final Four tournaments and Playoffs. They have been defeated in the Finals three times and twice in the Semi-finals.