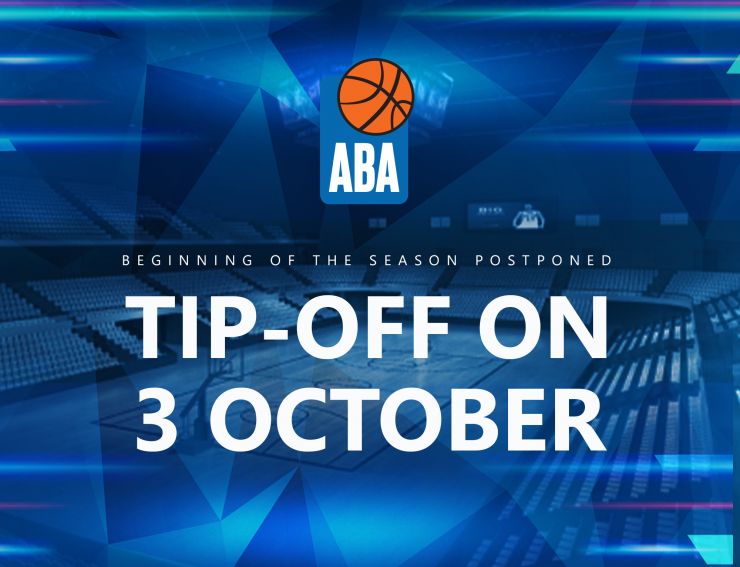 In an extremely constructive atmosphere, the ABA League j.t.d. Assembly has discussed and adopted the key points on which the ABA Covid-19 Protocol would be developed as soon as possible and it will over all segments of the organization of the competition and secure the maximum safety of all involved parties.

In accordance with this, the ABA League and its clubs have decided to form an expert Covid-19 team, that will be composed of the eminent doctors, that will, in addition to finalizing the protocol, actively cooperate in preparation of the 2020/21 season, meaning also the close and active cooperation with all of the relevant state and health institutions.

At the same time, the ABA League j.t.d. Assembly has predicted and analysed several scenarios and models, that will, depending on recommendations and guidelines of the newly formed expert team, ensure the smooth start of the 2020/21 season.

The ABA League j.t.d. Assembly has been informed about the decision of the League’s Management, to appoint Srđan Dožai the new Commissioner for Delegating Referees, as well as the one to appoint Saša Maričić the new President of Referees Commission. ABA League j.t.d. Assembly has thanked Iztok Rems, former Commissioner for Delegating Referees and Branko Jovanović, former President of Referees Commission, for huge contribution to the development and progress of the competition and wished them lots of luck and success in the remainders of their careers.

Srđan Dožai is a renowned former international referee, that has officiated in a large number of the international games in his 36-years long career, under the umbrella of the ABA League, EuroLeague and FIBA.

Saša Maričić is also a former international referee with vast experience of officiating in the ABA League, EuroLeague and FIBA.