In the ABA League 2 Match of the Round, Partizan NIS will be hosting Budućnost VOLI in Belgrade. All eyes will be set at the Ranko Žeravica Sports Hall this time around. 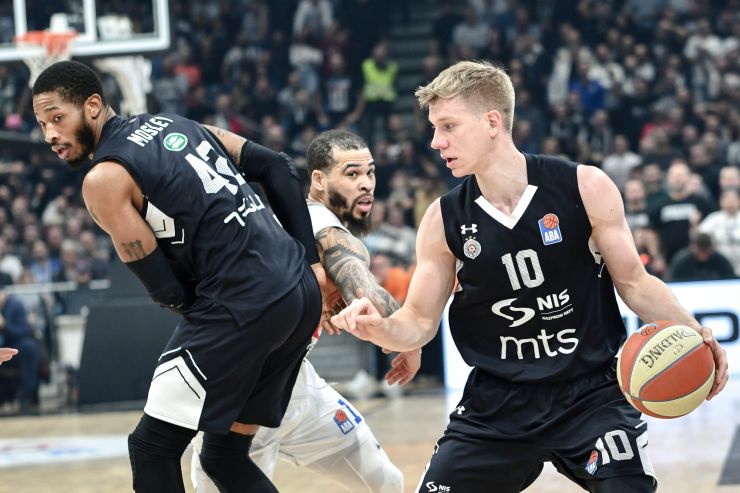 Story of the game: The ABA League Round 2 will open with a bang, as Partizan NIS and Budućnost VOLI will clash in Belgrade in a battle of two sides that have only the highest ambitions set ahead of them for the 2020/21 season.

As the visiting side have started their ABA League season with a comfortable home win against newcomers Split, Partizan NIS’ story did not begin just the way they have expected it to, as they suffered an upsetting loss against another newcomers – Borac of Čačak – at home court of the Ranko Žeravica Sports Hall in Belgrade.

So the story is clear ahead of the big game that is coming up on Saturday. While Partizan NIS will do all they can to bounce back and to stay in touch with the top of the ABA League standings, Budućnost VOLI will try their best in order to remain undefeated after the two rounds.

But only one of the two teams can succeed. Which one?

Match-up in focus: Ognjen Jaramaz against Justin Cobbs! The guys in the limelight will be the point guards this time, as the two team leaders and arguably two amongst the top point guards of the league, will battle one against another. In the opening games of their teams both of the two guys have shined this time, as they led their teams in scoring and passing. While Ognjen Jaramaz had 21 points and 3 assists vs. Borac, Cobbs, had 12 points and 4 assists against Split. Which one will prevail this time in this tough encounter?

Match: Partizan NIS - Budućnost VOLI
Join thousands of ABA League fans in our digital community by liking us on Facebook, following us on Twitter or Instagram and subscribing to our YouTube channel.
If you like this and our other articles, make sure to sign up for the ABA League newsletter. You will be notified regarding all important news and updates on the ABA League via e-mail.
Social Media
Tweets by ABA_League