At home in Topolica Sports Hall in Bar, Mornar have outgunned Cibona of Zagreb, after dominating the court all game long. 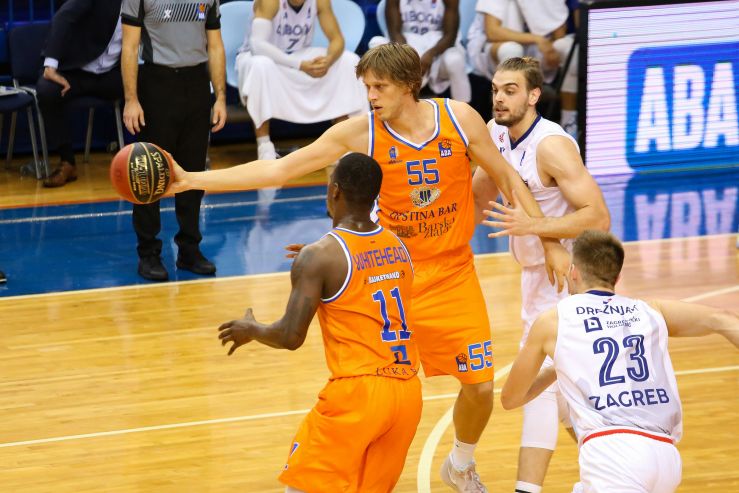 Game recap: Mornar remain perfect after two rounds of the ABA League season are over. After they have prevailed over Zadar in round one on the road in Višnjik, they have now grabbed a triumph in their first home court game of the season, by beating Cibona convincingly. On the other end, Cibona have started the season with a 0:2 record and they will have to wait for their first success a bit longer.

It’s worth mentioning an excellent Mornar team achievement, as they have set the third-best team valuation in a single regional league game so far – 155. Only Crvena zvezda against Bosna in 2003 (161) and Cibona against Banjalučka Pivara in 2004 (156) have achieved a highest single-game valuation in the entire regional league history.

Key moments: Cibona quickly took a 3:0 lead, but as it turned out, it was their only lead of the game. Mornar responded with a 23:2 run and went up by 18 points (23:5) already in the 8th minute of the game. There was no way back in the game for Cibona.

Man of the match: Jacob Pullen has had a great game against Cibona, as he led his team to the win with 13 points, 5 assists and a rebound. He finished the game with a game-high valuation of 20 and is our man of the match!

Can’t trick the stats: Mornar’s team valuation of 155 reveals it all. They were much better than their opponents in each and every single statistical category and have deserved this win.

Click here for more match stats
Match: Mornar-Barsko zlato - Cibona
Join thousands of ABA League fans in our digital community by liking us on Facebook, following us on Twitter or Instagram and subscribing to our YouTube channel.
If you like this and our other articles, make sure to sign up for the ABA League newsletter. You will be notified regarding all important news and updates on the ABA League via e-mail.
Social Media
Tweets by ABA_League