MZT Skopje Aerodrom have grabbed their first ABA League 2 win of the season, as they have edged out Sutjeska in Round 2 at the Zlatibor Regular Season Tournament. 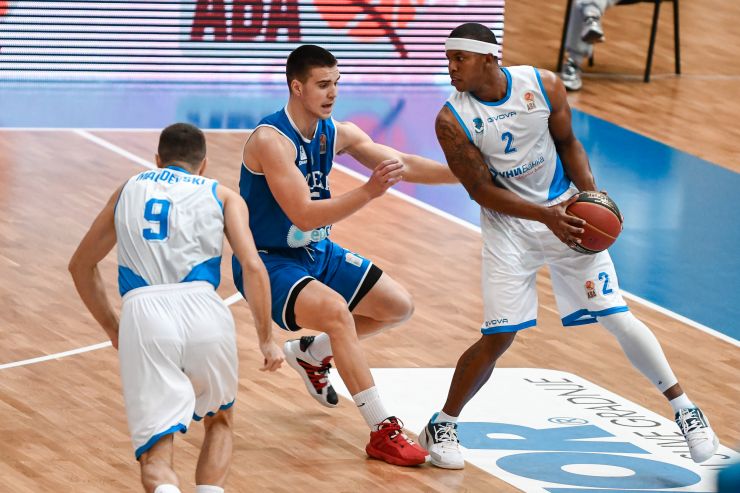 MZT Skopje Aerodrom have grabbed their first ABA League 2 win of the season, as they have edged out Sutjeska in Round 2 at the Zlatibor Regular Season Tournament.

This way MZT Skopje Aerodrom escaped the bottom of the standings and moved towards the middle, while Sutjeska continue their struggle to grab the first win of the season, which they will try to do in the third round again.

It has been an exciting match, where the teams have been exchanging leads several times, but it was MZT Skopje Aerodrom, that made the decisive push late in the game with a series of three-pointers. For the last time, the teams have been tied in the 36th minute, but then MZT made a 5:0 run. Sutjeska managed to get back in the game, but three-pointers by Magdevski and Gotcher put MZT in front by 8 points (90:82) with only a minute and a half remaining in the clash. Sutjeska did not manage to endanger their lead anymore again after that blow.

The final score of the clash was 92:83 in favour of the Skopje side.

Click here for more match stats
Match: MZT Skopje Aerodrom - Sutjeska
Join thousands of ABA League fans in our digital community by liking us on Facebook, following us on Twitter or Instagram and subscribing to our YouTube channel.
If you like this and our other articles, make sure to sign up for the ABA League newsletter. You will be notified regarding all important news and updates on the ABA League via e-mail.
Social Media
Tweets by ABA_League