In the opening game of the ABA League Round 7, Partizan NIS have prevailed over Cibona on the road in Zagreb. 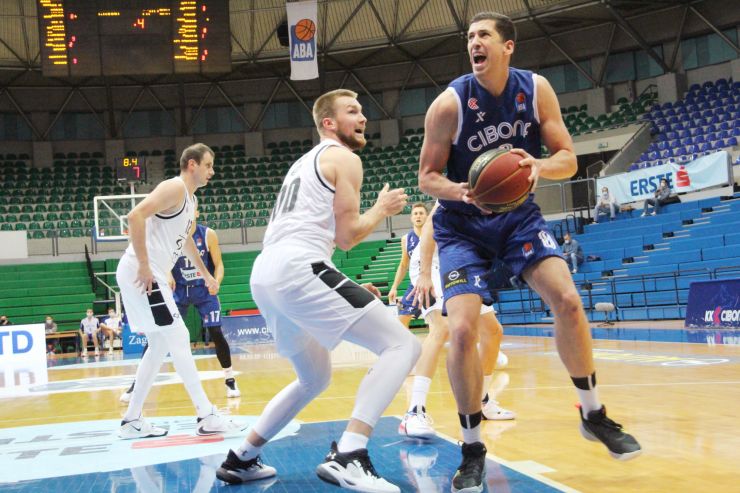 Game recap: In the opening game of the ABA League Round 7, Partizan NIS have prevailed over Cibona on the road in Zagreb. The black and white have cracked the brave resistance of the Wolves in the final quarter, after Cibona made it anybody’s game in the third. This is the fourth win for Partizan NIS in seven games played, while Cibona continue their ABA League season with two on their record.

Key moments: With a minute left in the third quarter, Cibona were still up by 3 points (65:62). However, that’s when Partizan NIS went on a 8 minutes long 18:0 run, which put them up 65:80. With three minutes remaining on the game clock, it became clear, that the guests would be taking a pair of well deserved points back home to Belgrade along with them.

Man of the match: Nikola Janković has been the key to Partizan NIS victory, as he had 15 points, 12 rebounds, 1 steal and a valuation of 24 on his record. He is our man of the match!

Can’t trick the stats: You guessed it! Since a center was the best man of Partizan NIS squad on court this time, it’s been rebounding that has guaranteed the black and white the win this time. They have dominated the glass 42:20 in rebounds and that was what turned the flow of the game their way.

Click here for more match stats
Match: Cibona - Partizan NIS
Join thousands of ABA League fans in our digital community by liking us on Facebook, following us on Twitter or Instagram and subscribing to our YouTube channel.
If you like this and our other articles, make sure to sign up for the ABA League newsletter. You will be notified regarding all important news and updates on the ABA League via e-mail.
Social Media
Tweets by ABA_League