Another amazing game in ABA League 2! Studentski centar prevailed over Spars Realway in a thrilling finish and have therefore remained the only team in the league with the perfect score. 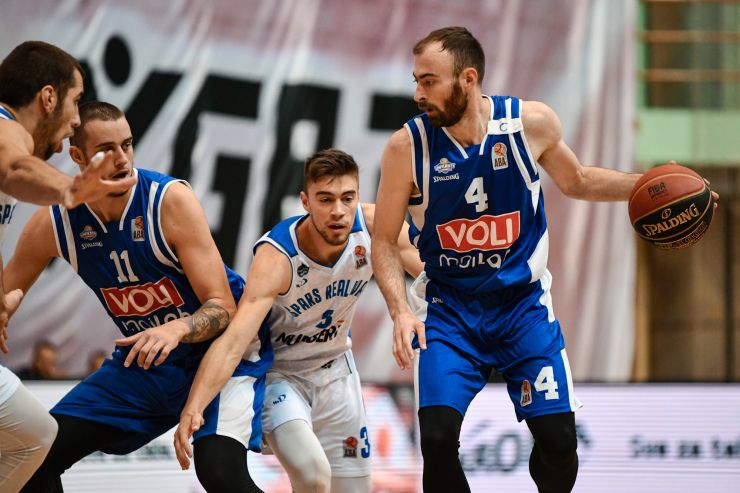 Another amazing game in ABA League 2! Studentski centar prevailed over Spars Realway and have therefore remained the only team in the league with the perfect score.

Despite being down by 13 points already after the opening quarter, Studentski centar have managed to pull off a major comeback and to defeat Spars Realway in a thrilling finish. The winner of this match was decided in the very last second as Spars Realway best player from tonight’s game Amar Gegić missed his 3rd free throw and therefore missed the chance to take this game into ovetime.

Pavlićević was very close to achieve a triple-double as he finished the match with 16 points, 10 rebounds and 8 assists, however he also made 9 turnovers. It was Pavlićević who made a foul on Amar Gegić in the final second of the 4th quarter when Spars Realway player pulled up for a 3-pointer, while it was also Pavlićević  who grabbed the defensive rebound after Gegić missed his 3rd free throw.

On the other side Gegić was so close to become the hero for Spars Realway as he finished this match with 22 points, 10 rebounds and 8 assists, while his overall index rating was 39 which is the 2nd best index rating achieved by one player in this season. However, in that last second of the 4th quarter, Gegić missed the last out of his three free throws and therefore failed to take this game into overtime.

Click here for more match stats
Match: Spars Ilidža - SC Derby
Join thousands of ABA League fans in our digital community by liking us on Facebook, following us on Twitter or Instagram and subscribing to our YouTube channel.
If you like this and our other articles, make sure to sign up for the ABA League newsletter. You will be notified regarding all important news and updates on the ABA League via e-mail.
Social Media
Tweets by ABA_League