Borac are about to host Split in Čačak on Sunday evening. 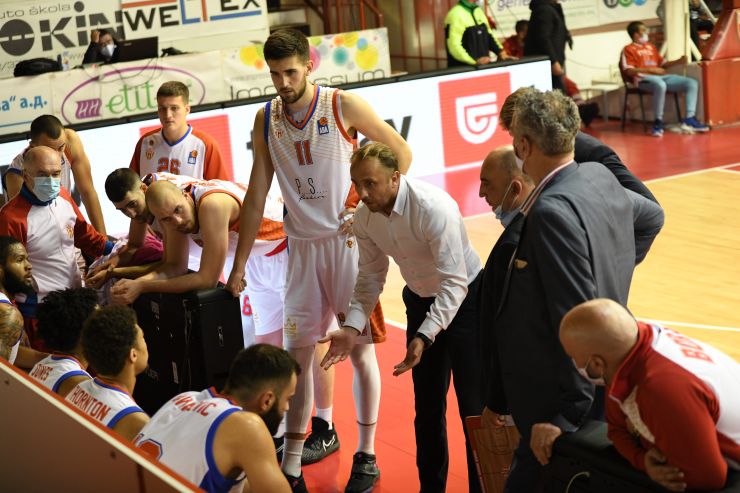 Story of the game: Borac are about to host Split in Čačak on Sunday evening.

This will be the first game for Borac after three weeks as they missed the previous two ABA League rounds due to two different reasons. Two weeks ago they were awarded a 20:0 win against Koper Primorska, while last week their game against Zadar was postponed due to confirmed Covid-19 cases in Zadar team. Now, the boys coached by Marko Marinović return on court with one and only goal – to score their 3rd win in the season and start moving up on the standings.

On the other side, Split also had a short break in ABA League as last week they were awarded a 20:0 win against Koper Primorska last week. Before that, the Yellow crew were on a 4-game losing streak, so this break probably came in the right moment for this team in order to rest and regroup for the following games.

Match-up in focus: Nemanja Todorović has been one of the best players of Borac after he returned on court a month ago. This 29-year-old power forward was Borac’s top scorer in the previous two games, while now he will confront Split’s top scorer Marko Luković. Luković is averaging 16.6 points in this season and he is the league’s 3rd best scorer at this moment.

Match: Borac Mozzart - Split
Join thousands of ABA League fans in our digital community by liking us on Facebook, following us on Twitter or Instagram and subscribing to our YouTube channel.
If you like this and our other articles, make sure to sign up for the ABA League newsletter. You will be notified regarding all important news and updates on the ABA League via e-mail.
Social Media
Tweets by ABA_League