After missing the last three weeks of ABA League action, Borac have returned on court in style as they scored a convincing win against Split in Round 12 of the 2020/21 regular season. 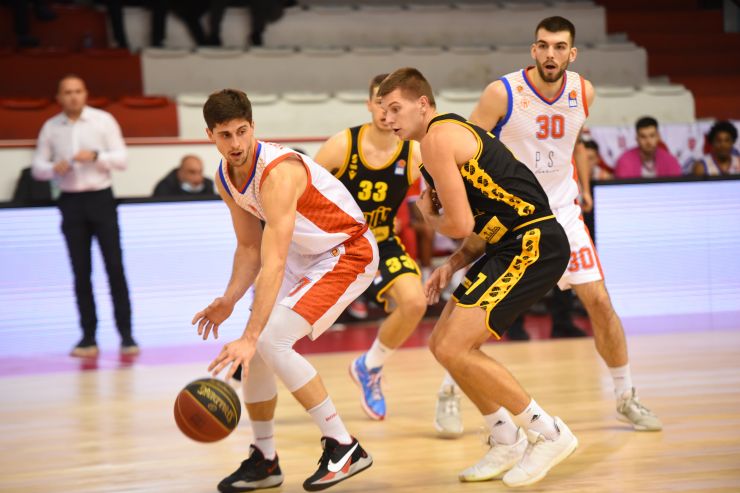 Game recap: After missing the last three weeks of ABA League action, Borac have returned on court in style as they scored a convincing win against Split in Round 12 of the 2020/21 regular season. Borac have taken over the lead at the start of the 2nd quarter and they have stayed in front until the end, while their stunning last-quarter performance definitely made the difference tonight. The home team won that period by 24:8 and sealed the win in this game.

Key moments: Borac gained a double-digit lead in during the 2nd quarter – 53:43, however Split have managed to reduce the gap to just 5 points until the end of the 3rd period – 66:61. Still, Borac did not allow the visitors to come any closer. The red-and-whites opened the last quarter with a 10:1 run to get back on a safe distance – 76:62.

Man of the match: Anthony Smith made another great performance for Borac in this season. This 23-year-old power forward finished the match with 14 points, 6 rebounds and 4 assists, while his overall index rating was 19.

Can’t trick the stats: When you take a look on the stats, you will firstly notice two things – the number of 3-pointers and the number of assists. Borac made 12 three-pointers in this match, while Split made just 3. Also, Borac had 22 assists tonight, while Split had just 4.

Click here for more match stats
Match: Borac Mozzart - Split
Join thousands of ABA League fans in our digital community by liking us on Facebook, following us on Twitter or Instagram and subscribing to our YouTube channel.
If you like this and our other articles, make sure to sign up for the ABA League newsletter. You will be notified regarding all important news and updates on the ABA League via e-mail.
Social Media
Tweets by ABA_League