While waiting for the next ABA League round, let's keep our fingers crossed for all regional clubs who are playing in European competitions this week. 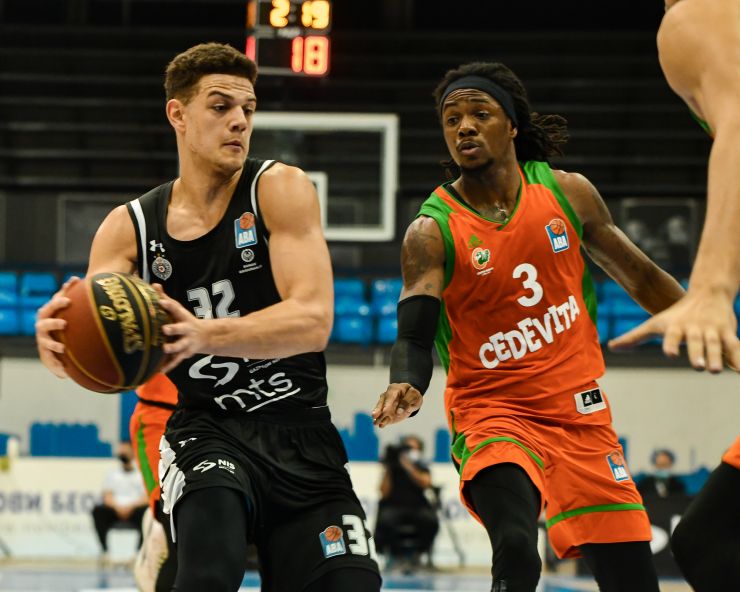 Another European week is in front of the ABA League clubs.

Crvena zvezda mts will play two EuroLeague games this week, both of them on the road in Spain. The red-and-whites will firstly face Real Madrid on Wednesday evening, while two days later they will play against Valencia Basket. The good thing for Crvena zvezda mts is that they had a weekend off in ABA League, so they had enough time to prepare for these two very difficult upcoming games.

The Top 16 stage of EuroCup starts this week, with all four ABA League teams still in the competition.

Budućnost VOLI will be the first one to get on the court as they will host French team JL Bourg on Tuesday evening. The blue-and-whites suffered quite a shocking defeat against Split last weekend in ABA League, so they will now try to bounce back and take a very valuable win at the start of the Top 16 stage.

Cedevita Olimpija, Partizan NIS and Mornar will play their games on Wednesday evening.

Cedevita Olimpja travel to Italy to face one of the EuroCup’s strongest teams Virtus Segafredo Bologna. The Dragons have boosted their confidence with a thrilling win over Zadar in ABA League, so they will now try to use the good momentum to stun the Italian powerhouse.

Partizan NIS will host Dolomiti Energia Trento in Belgrade and this is a very important game for the Belgrade side. Of course, every win in Top 16 stage is quite precious, but the black-and-whites primarily need this win in order to regain confidence as they suffered another unexpected defeat in ABA league last weekend.

Mornar will start the Top 16 stage with the away game against Herbalife Gran Canaria. The boys from Bar are having a dream season so far as they are currently the top placed team in ABA League, while this is the first time in club’s history that they will be playing in the EuroCup Top 16 stage. Mornar did not play their game last weekend in ABA League, so they are traveling to Spain fully rested and focused on the upcoming match.

Igokea are about to continue their FIBA Champions League journey this week as they will host French side Limoges CSP on Tuesday evening. Igokea scored a big win over Mega Soccerbet last weekend in ABA League, which means that they are awaiting the match against the former European champions in high spirits. With just two rounds left to be played in the group stage, a win in this match would mean a lot to Igokea in their race for the next stage.