Igokea have scored a huge win in Round 5 of the 2020/21 FIBA Champions League as they defeated former European champions Limoges CSP in Laktaši – 76:73. 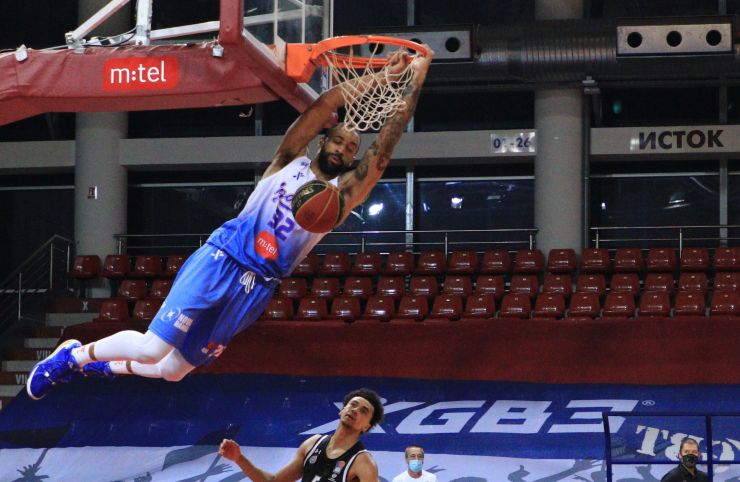 Igokea have scored a huge win in Round 5 of the 2020/21 FIBA Champions League as they defeated former European champions Limoges CSP in Laktaši – 76:73. The boys from Laktaši will spend the night at the top of Group G, while if they win the last-round match against Turk Telekom they will definitely seal their spot in the next stage, regardless of the other results in this group.

Igokea made a stunning last-minute comeback this evening. The home troops were down by 70:73, with less than a minute remaning on the game clock, but then they scored 6 consecutive points to seize the win. Jackie Carmichael firstly scored two free throws to reduce the gap to just one point – 72:73, then Dalibor Ilić made a big steal on the other side of the court after which he passed the ball to Edin Atić who made a lay-up to put Igokea in front – 74:73.

In the remaining time, CSP Limoges failed to score a 3-pointer, while Igokea managed to grab the ball and run another fast break in which Jackie Carmichael made a powerful dunk to seal the win for his team – 76:73.