In the opening game of the ABA League Round 15, FMP will be hosting Split in FMP Arena, Belgrade. Which of the two sides will remain on the winning track? 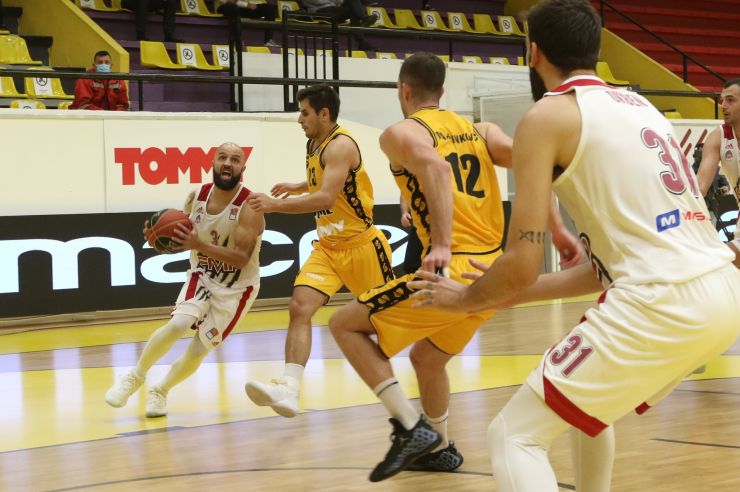 Story of the game: In the opening game of the ABA League Round 15 two times that are on an upside will be meeting in FMP Arena in Belgrade. FMP will be hosting Split and it will be a clash of two teams with similar stories right now.

Both of them have won their last ABA League games in clashes where not many have expected their victories – FMP have prevailed over Cedevita Olimpija, while Split have beaten Budućnost VOLI – and their position in the standings are similar as well. While FMP are currently holding four victories in their hands, Split are holding five.

So, this clash could give us many answers on how the season of the two squads would unfold later. In the first game of the two sides, Split have prevailed over FMP at home. Can the Belgrade side revenge their bitter lost now?

Match-up in focus: Roko Leni Ukić has made an exceptional debut for Split in the Round 14, as he led his team to the sensational win over Budućnost VOLI with 20 points, 5 rebounds and 3 assists. This time his counterpart will be Filip Čović, another one amongst the top point guards of the ABA League at the moment, who is averaging 13.5 points and 7.3 rebounds per game in the ABA League this season. Which one of them will shine brightest this time, as the two sides are set to clash in Belgrade? Watch the game and find out!

Match: FMP - Split
Join thousands of ABA League fans in our digital community by liking us on Facebook, following us on Twitter or Instagram and subscribing to our YouTube channel.
If you like this and our other articles, make sure to sign up for the ABA League newsletter. You will be notified regarding all important news and updates on the ABA League via e-mail.
Social Media
Tweets by ABA_League