In the opening game of the Tuesday's ABA League 2 schedule, Borac have prevailed over Sutjeska in Borik Sports Hall in Banja Luka after an overtime. 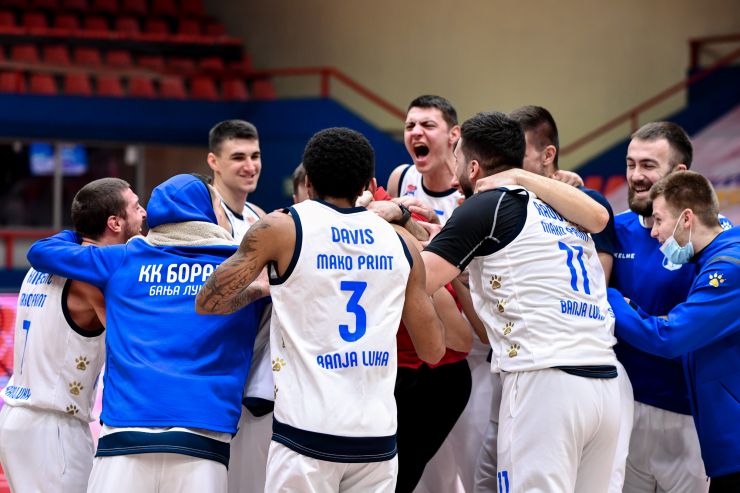 In the opening game of the Tuesday's ABA League 2 schedule, Borac have prevailed over Sutjeska in Borik Sports Hall in Banja Luka after an overtime.

Borac have quickly pulled away and were up by 10 points after the opening quarter, but Sutjeska fought back in the second quarter, forcing Borac to depart to the big break with only 2 points of advantage (45:43). In the third quarter, Borac have pulled away once more and led by double digits after 3 quarters (68:57). However, Sutjeska managed to fight back once again and Ismet Sejfić forced overtime with two crucial free throws with 0.3 seconds remaining in the regular part of the game.

In the overtime, Borac have simply managed to gather more energy than the Nikšić side and have outscored the visiting side with the score of 100:93 in the end.

This is the third win of the season for Borac, which will put them in the upper half of the ABA League 2 standings, while on the other side, Sutjeska remain with only one win on their record after five games played, near the very bottom of the standings.

Click here for more match stats
Match: Borac Banja Luka - Sutjeska
Join thousands of ABA League fans in our digital community by liking us on Facebook, following us on Twitter or Instagram and subscribing to our YouTube channel.
If you like this and our other articles, make sure to sign up for the ABA League newsletter. You will be notified regarding all important news and updates on the ABA League via e-mail.
Social Media
Tweets by ABA_League