In the opening game of the Saturday’s ABA League schedule, Cibona will be hosting Budućnost VOLI in Dražen Petrović Arena in Zagreb. Which of the two sides will continue the season on the winning track? 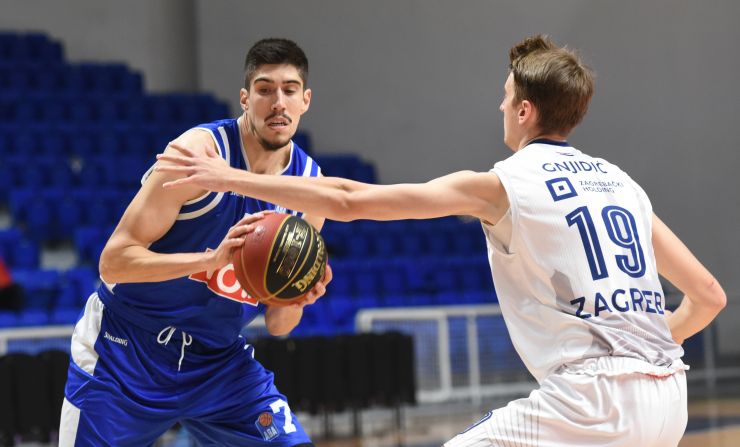 Story of the game: In the opening game of the Saturday’s ABA League schedule, Cibona will be hosting Budućnost VOLI in Dražen Petrović Arena in Zagreb.

An interesting game is coming up in the Wolves’ lair, as Cibona will be hosting Budućnost VOLI in the clash where both sides need a win in order to stay on track with their goals set for this season.

Cibona, have, after beating Partizan NIS in a big game on the road in Belgrade last weekend, 7 wins on their record, just like the Belgrade black and white, one more than FMP, Zadar, Krka and Split and 3 more than Borac, that have collected the lowest number of wins so far. With a win over Budućnost VOLI, they would get safely away from the danger zone near the bottom of the standings. In case of a defeat, they would need to score a couple of wins in the remainder of the season in order to stay safe.

On the other side, Budućnost VOLI are currently still in the middle of the Playoffs race, as they are on a 14:3 record after having played 17 games. A win over Cibona is a must for them in order to stay well-positioned in the battle for the Top Four.

Which of the two sides will continue the season on the winning track? Tune in on Saturday and find out!

Match-up in focus: Roko Prkačin or Melvin Ejim? The two tall men will be in focus on Saturday night in Dražen Petrović Arena and we will have to wait and see if talent and ambition of Prkačin would be enough to stop Ejim and help his team upset another big rival. Prkačin is currently the top scorer and rebounder of the Wolves, averaging 13.2 points and 6.5 rebounds per game. On the other side, Ejim is having 11.1 points and 5 rebounds as the third-leading scorer and second-leading rebounder of Budućnost VOLI.

Match: Cibona - Budućnost VOLI
Join thousands of ABA League fans in our digital community by liking us on Facebook, following us on Twitter or Instagram and subscribing to our YouTube channel.
If you like this and our other articles, make sure to sign up for the ABA League newsletter. You will be notified regarding all important news and updates on the ABA League via e-mail.
Social Media
Tweets by ABA_League