In the last game of the busy ABA League Saturday, Cedevita Olimpija have triumphed over Zadar and got back to the winning track, following last round defeat against Igokea. 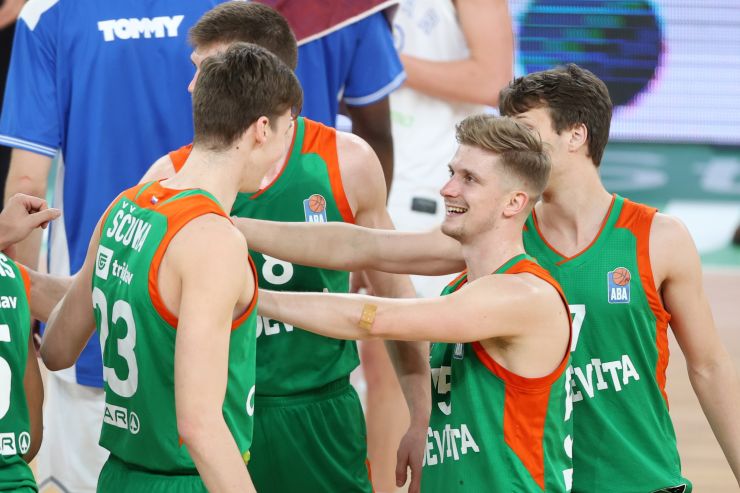 Game recap: In the last game of the busy ABA League Saturday, Cedevita Olimpija have triumphed over Zadar and got back to the winning track, following last round defeat against Igokea. This way, Cedevita Olimpija stay amongst the most serious Playoffs contenders, with a record of 16:4 after 22 rounds. They still will have lots to fight for in the remaining four rounds of the Regular Season. On the other side, Zadar are currently on a 6:14 record, only one win away from the 13th placed Borac and will have to keep on struggling in order to get away from the danger zone near the bottom of the ABA League standings.

Key moments: Right at the start in the opening 2 minutes of the game in Stožice, Cedevita Olimpija went on an 8:1 run and as it turned out later in the game, this was crucial for its outcome, as Zadar did not manage to fight their way back into the battle for a pair of points anymore until the end.

Man of the match: Mikael Hopkins had a standout performance for Cedevita Olimpija, as he contributed 15 points, 8 rebounds, 3 assists, 1 steal and block each and a valuation of 26 for his team’s win. He is our man of the match.

Can’t trick the stats: Assists/turnovers ratio was the one that led Cedevita Olimpija over Zadar this time. They had 18 assists and 11 turnovers, while Zadar had 10 assists and 21 turnovers. This turned out to be crucial in the end.

Match: Cedevita Olimpija - Zadar
Join thousands of ABA League fans in our digital community by liking us on Facebook, following us on Twitter or Instagram and subscribing to our YouTube channel.
If you like this and our other articles, make sure to sign up for the ABA League newsletter. You will be notified regarding all important news and updates on the ABA League via e-mail.
Social Media
Tweets by ABA_League