In the opening game of the Sunday’s ABA League programme, Partizan NIS have prevailed over Mega Soccerbet in the Belgrade clash in Ranko Žeravica Sports Hall. 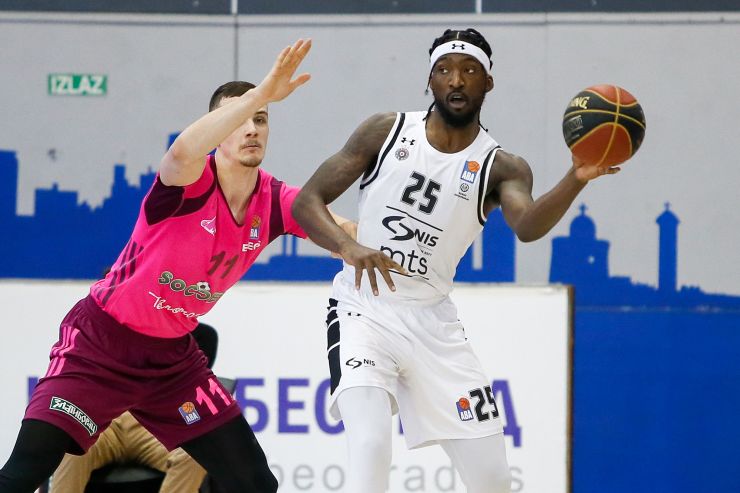 Game recap: In the opening game of the Sunday’s ABA League programme, Partizan NIS have prevailed over Mega Soccerbet in the Belgrade clash in Ranko Žeravica Sports Hall. Partizan NIS have done it with an excellent performance in the final and crucial minutes. This is the ninth win of the season for the Belgrade’s black and white squad, which have therefore strengthened their position in the middle of the ABA League standings. On the other side, Mega Soccerbet are now on a 14:9 record, which means that their chances of reaching the ABA League Playoffs might not be realistic anymore.

Key moments: Partizan have pulled away by 11 points in 33rd minute (70:81), but Mega Soccerbet fought their way back into the game and with 2 minutes remaining on the clock they took the 88:86 lead. However, Partizan NIS players Mosley and Jaramaz replied with 6 straight points in the following minute, including the crazy, long-range three-pointer by Ognjen Jaramaz, that took them in front 88:92. Later it turned out that Mega did not manage to score at all in the final two minutes and the battle for a pair of points was over.

Man of the match: Ognjen Jaramaz led his Partizan NIS to the win as a true floor general. He had 22 points, 6 assists, 2 rebounds, 2 steals and a valuation of 29. He is our man of the match!

Can’t trick the stats: Partizan NIS squad werte shooting three-pointers 55% (12/22). That’s what turned the flow of the game their way!

Match: Mega Soccerbet - Partizan NIS
Join thousands of ABA League fans in our digital community by liking us on Facebook, following us on Twitter or Instagram and subscribing to our YouTube channel.
If you like this and our other articles, make sure to sign up for the ABA League newsletter. You will be notified regarding all important news and updates on the ABA League via e-mail.
Social Media
Tweets by ABA_League