In the opening game of the ABA League Round 23, Cibona will be hosting Cedevita Olimpija at home in Dražen Petrović Arena in Zagreb. 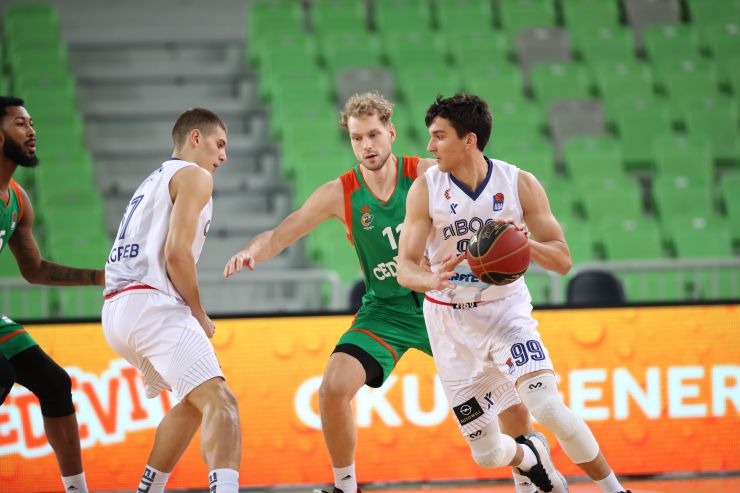 Story of the game: In the opening game of the ABA League Round 23, Cibona will be hosting Cedevita Olimpija at home in Dražen Petrović Arena in Zagreb.

It will be an exciting game of old rivals, both when we are talking about Zagreb – Ljubljana derbies or Zagreb derbies themselves. And one, that might be of crucial importance to both squads in their battles to accomplish their goals for the season.

While Cibona are looking to end their 3 games lasting winless streak in their battle to avoid the danger zone near the bottom of the ABA League standings – they are currently still only 2 games above the 13th placed Borac – the Ljubljana squad on the other side are still in the middle of the Playoffs race.

Having beaten Zadar last round, the Dragons find themselves as one of the main Playoffs contenders at the moment, as they have lost 4 ABA League games so far this season and only Budućnost VOLI and Crvena zvezda mts have lost less (3), while Igokea have also lost 4 and Mornar 5 games.

Taking into consideration, the recent shape of both squads, the majority of the basketball fans would expect Cedevita Olimpija to win this game, as they have won 4 of their last 5 games and Cibona only 1. Also, since the merger of Cedevita and Olimpija, Cibona have never ever beaten the Ljubljana squad.

But the game of basketball has proven many times, that upsets are possible, when you least expect them. Can Cibona arrange one?

Match-up in focus: Roko Prkačin meets Edo Murić! Young talent faces experience! Both forwards of the Wolves and the Dragons have been playing exceptionally well lately and perhaps their match-up can be the one that decides the outcome of this game. Prkačin is currently the top scorer and rebounder of Cibona with an average of 13.3 points and 6.6 rebounds achieved per game. On the other side, there is Edo Murić, who is averaging 10.2 points and 4.3 rebounds per game, but has been in exceptional form over the past few games. Which one will prevail this time?

Match: Cibona - Cedevita Olimpija
Join thousands of ABA League fans in our digital community by liking us on Facebook, following us on Twitter or Instagram and subscribing to our YouTube channel.
If you like this and our other articles, make sure to sign up for the ABA League newsletter. You will be notified regarding all important news and updates on the ABA League via e-mail.
Social Media
Tweets by ABA_League