For the second time this season, Budućnost VOLI and Cedevita Olimpija will meet in what might be a crucial game for both sides in the Playoffs race, this time in Podgorica. 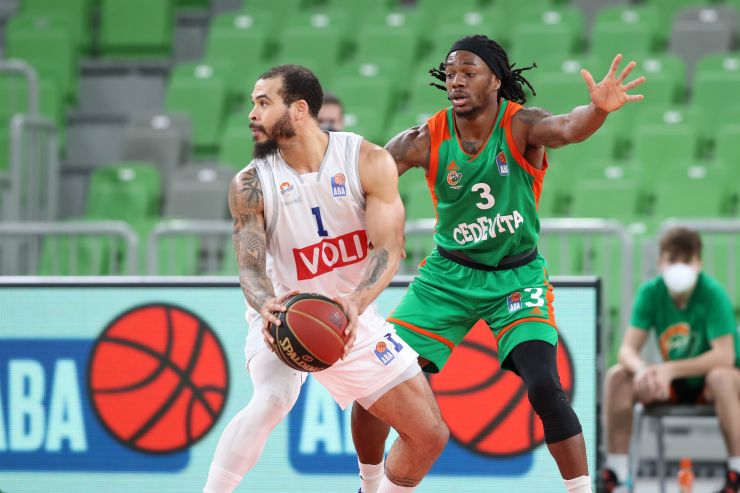 Story of the game: For the second time this season, in a previously postponed game of the ABA League Round 18, Budućnost VOLI and Cedevita Olimpija will meet in what might be a crucial game for both sides in the Playoffs race, this time in Podgorica.

A big game is coming up in Morača Sports Hall, where the two regional powerhouses will be battling for a better position in their struggle to reach the Playoffs zone and it will be an interesting job to watch how they would compete one against another for the fourth time this season, as they have not just met once over the past months in the ABA League, but two additional times in the EuroCup as well.

Both times, Cedevita Olimpija have prevailed over Budućnost VOLI at home in their Stožice Arena, but this time Budućnost VOLI will have their chance to double their success on the court of Morača Sports Hall, when they have beaten the Dragons when they met previously in the EuroCup.

The situation in the standings could not be more tense, as both Budućnost VOLI and Cedevita Olimpija are a part of the group of teams, that are still main Playoffs contenders. Currently, Budućnost VOLI are the team that have suffered the lowest number of defeats, just like Crvena zvezda mts (3 defeats), while Cedevita Olimpija follow with 4, just like Igokea, while Mornar have lost 5. It’s not necessary to stress how important winning in this game would be for both squads.

Which of the two squads can do it this time? We just cannot tell, so you need to watch the game and find out.

Match-up in focus: Kendrick Perry or Nikola Ivanović? This is the question, which might as well solve the dilemma on a winning team, as both of the mentioned players are the true floor maestros of Ljubljana and Podgorica squads. Both Perry and Ivanović are right now the top passers and second-leading scorers of their respective squads, while Perry has been averaging 14.3 points and 5.1 assists per game and Ivanović 13.9 points and 4.6 assists. Both of them had good individual performances when the two teams have met for the first time this season in Ljubljana. Which one will shine in this game?

Match: Budućnost VOLI - Cedevita Olimpija
Join thousands of ABA League fans in our digital community by liking us on Facebook, following us on Twitter or Instagram and subscribing to our YouTube channel.
If you like this and our other articles, make sure to sign up for the ABA League newsletter. You will be notified regarding all important news and updates on the ABA League via e-mail.
Social Media
Tweets by ABA_League