Partizan NIS will host FMP this Thursday in postponed game of Round 16, while there is one very interesting thing about this clash. 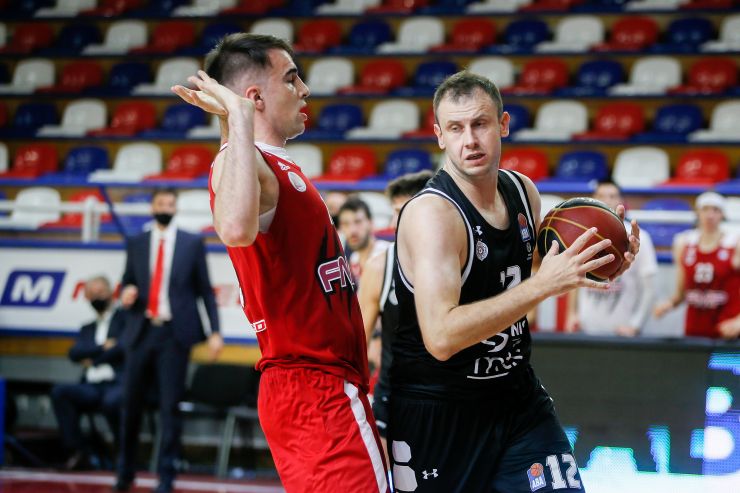 Story of the game: Partizan NIS will host FMP this Thursday in postponed game of Round 16, while there is one very interesting thing about this clash.

FMP have never defeated Partizan NIS on the road in ABA League! The two sides have faced each other 11 times at Partizan NIS home court and the black-and-whites have triumphed every time.

These two rivals await the upcoming game in high spirits as they have scored some pretty good results lately. Partizan NIS are on a 3-win streak in ABA League, while on the other side FMP grabbed quite a win in the previous round when they defeated one of the top teams in the league Mornar at home court. Both teams have scored per 3 three wins in the last 5 games in ABA League.

Partizan NIS (10-13) currently have a slightly better season record than FMP (9-14), while both of them are currently placed in the middle of the standings.

Match-up in focus: Ognjen Jaramaz (Partizan NIS) was pretty impressive in the previous two games of his team as he scored 22 points against Mega Soccerbet, while he then had 12 points and overall index rating of 24 in the match against Krka. And Partizan NIS have won both of those two games. On the other side, Filip Čović (FMP) marked the previous round as he led his team toward win vs. Mornar with 26 points, 8 assists and 6 rebounds, which brought him the overall index rating of 32. Therefore, this Jaramaz vs. Čović duel is something you should definitely keep an eye on in the upcoming match.