Studentski centar have pulled off a major comeback to seize a narrow win vs. Sloboda Užice in Round 1 of the 2020/21 ABA League 2 Quarter-Finals. 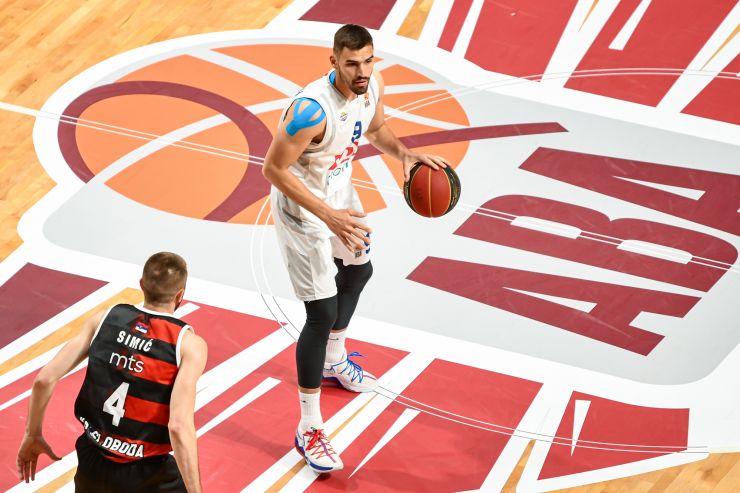 Studentski centar have pulled off a major comeback to seize a narrow win vs. Sloboda Užice in Round 1 of the 2020/21 ABA League 2 Quarter-Finals.

This was probably one of the most exciting games of the quarter-finals so far as both sides put on an exceptional offensive performance. Sloboda Užice have been in front throughout most of the game, while they even had a double-digit lead at some moments. Still, Studentski centar showed off their full power in the 4th quarter. The 1st placed team from the regular season scored 29 points in the final period to take over the lead and to grab a 4-point win ahead of the rematch that is scheduled for Thursday.

Igor Drobnjak was the top scorer of Studentski centar today with 24 points, while he also made 7 rebounds. It is also worth mentioning the performance of Vasilija Baćović who made 15 points and 6 rebounds, as well as the performance of Nikola Pavlićević who had 12 points and 6 assists, as these two players led the big comeback of Studentski centar in the final quarter.

On the other side, Tadija Tadić scored 18 points for Sloboda Užice, including 4 three-pointers, while Aleksandar Ilkić made 14 points.

Click here for more match stats
Match: SC Derby - Sloboda Užice
Join thousands of ABA League fans in our digital community by liking us on Facebook, following us on Twitter or Instagram and subscribing to our YouTube channel.
If you like this and our other articles, make sure to sign up for the ABA League newsletter. You will be notified regarding all important news and updates on the ABA League via e-mail.
Social Media
Tweets by ABA_League