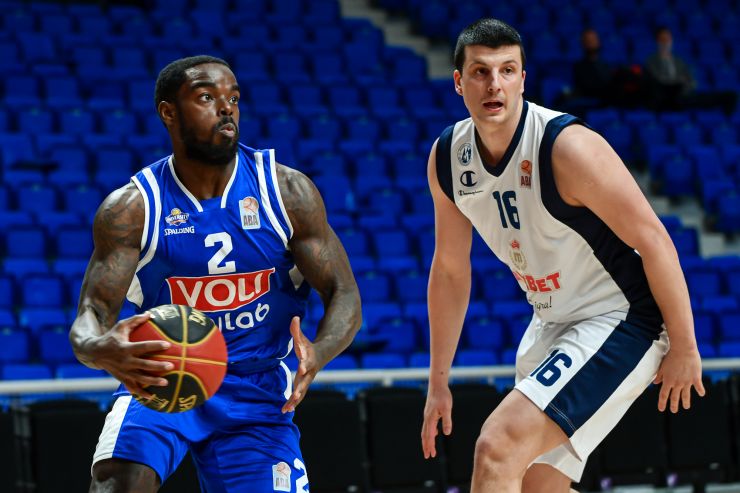 What a game! Studentski centar have prevailed over Mladost MaxBet in Game 1 of the 2020/21 ABA League 2 Semi-Finals – 86:85 - and have therefore taken a 1-point lead ahead of the rematch that is scheduled for Monday.

This was most certainly one of the best games of this season as the two top-class teams presented a fantastic performance on both ends of the court. At the end, it was Studentski centar who managed to seize the win, mostly thanks to their 4th quarter performance in which they scored 30 points. The Podgorica side have managed to get back from an 11-point deficit that they had in the 3rd quarter and to take a very valuable 1-point lead ahead of Game 2.

Studentski centar had 6 players who scored 10+ points in this match, while their top scorer was Filip Barović with 14 points. Barović has recently recovered from a serious injury, while he showed today that he might play an extremely important role in this Playoffs.

On the other side, Mladost MaxBet forward Stephane Gombauld put on a spectacular performance as he finished the match with 22 points and 15 rebounds. Gombauld has also tied the ABA League 2 all-time record for the most defensive rebounds made in a single game by one player – 14.

Click here for more match stats
Match: Mladost MaxBet - SC Derby
Join thousands of ABA League fans in our digital community by liking us on Facebook, following us on Twitter or Instagram and subscribing to our YouTube channel.
If you like this and our other articles, make sure to sign up for the ABA League newsletter. You will be notified regarding all important news and updates on the ABA League via e-mail.
Social Media
Tweets by ABA_League