Filip Petrušev of Mega Soccerbet has been selected the 2020/21 ABA League Regular Season MVP in the voting of the ABA League coaches, journalists and the basketball fans. He won the contest ahead of Jaka Blažič of Cedevita Olimpija and Jordan Loyd of Crvena zvezda mts. 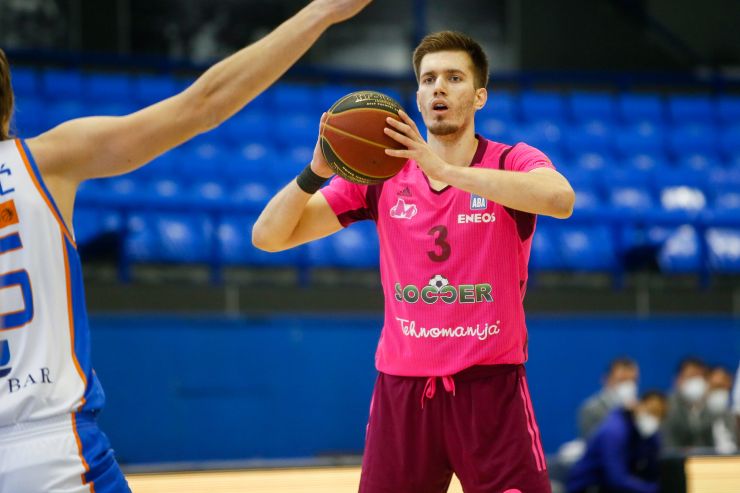 It's official - young gun Filip Petrušev of Mega Soccerbet is the 2020/21 ABA League Regular Season MVP, as won this title in the voting contest of the head coaches of ABA League teams, journalists and the ABA League fans.

Let's mention that Filip Petrušev was the best in votings of head coaches of ABA League teams, journalists and the basketball fans, which makes his achievement even more impressive.

For Filip Petrušev this has been the first season in the ABA League and it has for sure been the one in which he gained full affirmation, as he became the undisputed leader of Mega Soccerbet squad. The 21-year old has been averaging 23.7 points, 7.6 rebounds, 1.6 assists and 1.1 blocks per game. Therefore, we can conclude that he has earned himself the Top Prospect title fully deservedly!

“This recognition means a lot for me, especially considering what kind of players won that award before I did. Certainly, this is a great success and an incentive for me to continue working. First of all, I would like to thank my teammates for the support, without which this would not be possible, the coaches and the coaching staff led by Vladimir Jovanović on quality and hard work with me and the opportunity they gave me to show what I can do on the field, my family and everyone who supported me off the field. Thanks to Mega, which believed in me, which once again showed that it is the best club in Europe for development of young talent and all this is just a confirmation that I made the best decision in my career so far when I decided to move to Mega last summer. We had a very good season in the ABA League, which we finished with 14 victories, which is certainly a great success. We were Playoffs contenders almost until the end and we certainly have a reason to be satisfied. We will now turn to further commitments in the season and keep on the hard work,” Petrušev told as he won the award.

Check out some of the best plays of Filip Petrušev during the 2020/21 season:

Regular Season MVP awards so far in the regional league: