In the second game of the Semi-final series, Budućnost VOLI have prevailed over Mornar on the road in Topolica Sports Hall in Bar and became the first team to reach the 2020/21 ABA League Finals. 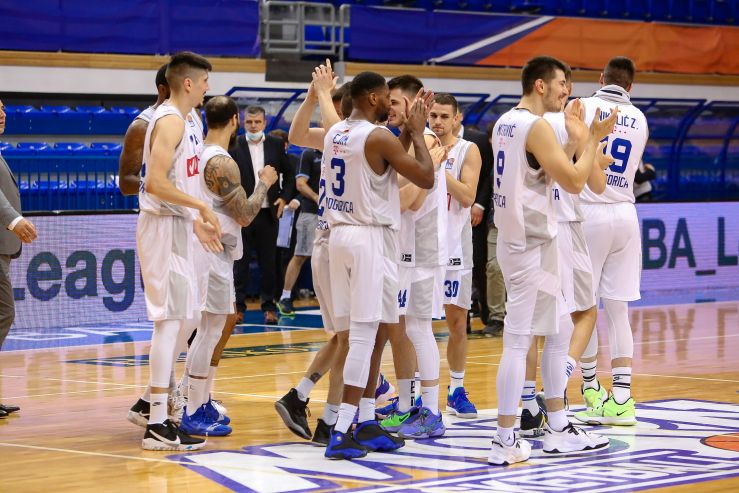 Game recap: In the second game of the Semi-final series, Budućnost VOLI have prevailed over Mornar on the road in Topolica Sports Hall in Bar and became the first team to reach the 2020/21 ABA League Finals. They have swept the Semi-final series with the score of 2:0 in victories, after having previously beaten Mornar in Game 1 in Podgorica. This way, Budućnost VOLI have reached their third consecutive ABA League Finals (with the exception of previous season, which was cancelled prior to the start of the Playoffs) and will be facing either Crvena zvezda mts, or Igokea in the Final series.

Key moments: Budućnost VOLI were really in front throughout the majority of the game. They were up by 7 points after the first quarter and by 2 at halftime. Key moments, however, arrived at the start of the second half. The visitors made a 9:1 run between the 22nd and 24th minutes, which converted their 66:68 lead into a double-digit one (57:67). As it turned out later, Mornar did not manage to make it anybody’s game again until the end of the clash.

Man of the match: Once again Justin Cobbs has been brilliant for Budućnost VOLI, as he led them towards the Finals. He has achieved 21 points, 4 rebounds, 3 assists, 1 steal and a valuation of 28 in Game 2 of the Semi-finals. He is our man of the match!

Can’t trick the stats: Budućnost VOLI have outrebounded Mornar 42:37 and their field goal shooting percentage was better by far (47.7% in comparison with 37.7% of Mornar). That’s what has been crucial for the game’s outcome.

Click here for more match stats
Match: Mornar - Budućnost VOLI
Join thousands of ABA League fans in our digital community by liking us on Facebook, following us on Twitter or Instagram and subscribing to our YouTube channel.
If you like this and our other articles, make sure to sign up for the ABA League newsletter. You will be notified regarding all important news and updates on the ABA League via e-mail.
Social Media
Tweets by ABA_League