Spars prevail in Game 2, but Studentski centar claim the title as they win the 2021 ABA League 2 Finals on aggregate 170:161. 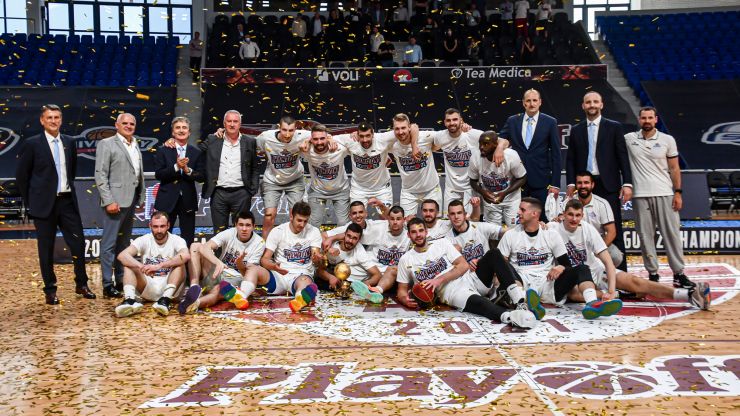 Spars prevailed in Game 2, but Studentski centar have claimed the championship title as they won the 2021 ABA League 2 Finals on aggregate 170:161.

On the other side, Spars will have one more chance to reach the ABA League 1 as they will play against Split in the Promotion/Relegation Playoffs. The winner of that best-of-3 series will qualify for the 2021/22 ABA League 1 season.

After winning Game 1 by 99:89, Studentski centar made a great start in Game 2, taking an 8-point lead in the opening quarter 21:13. The Podgorica troops have had the lead throughout most of the game, but Spars then made a stunning 4th quarter comeback. The Sarajevo squad took over the lead in the last period as they went in front – 70:65, with 3 minutes remaining on the game clock! Spars even had a chance to increase that lead even more and try to reach the 10-point margin that they needed to annul Studentski centar’s advantage from Game 1, however after Amar Gegić made a turnover, Studentski centar scored 6 consecutive points to seal the win on aggregate.

Click here for more match stats
Match: SC Derby - Spars
Join thousands of ABA League fans in our digital community by liking us on Facebook, following us on Twitter or Instagram and subscribing to our YouTube channel.
If you like this and our other articles, make sure to sign up for the ABA League newsletter. You will be notified regarding all important news and updates on the ABA League via e-mail.
Social Media
Tweets by ABA_League