The decisive Game 3 of the semi-final series between Crvena zvezda mts and Igokea will be played on Tuesday evening in Belgrade. Whoever wins this match will advance to the 2021 ABA League Finals. 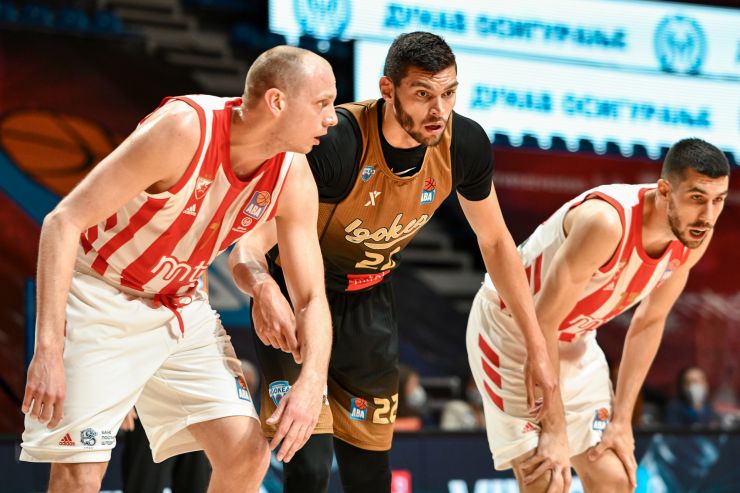 Story of the game: The decisive Game 3 of the semi-final series between Crvena zvezda mts and Igokea will be played on Tuesday evening in Belgrade. Whoever wins this match will advance to the 2021 ABA League Finals.

Crvena zvezda mts will play this decisive match at home court and that should be a big advantage for the red-and-whites, especially if we take a look at the previous duels between these two teams in the 2020/21 ABA League season. Crvena zvezda mts and Igokea have so far faced each other 4 times in this season, including the previous two games from the semi-final series, and every time the home team triumphed in their head-to-head matches.

To be fully precise, Igokea haven’t defeated Crvena zvezda mts on the road in ABA League in the last 6 years as their last win in Belgrade came in November 2015.

Still, Igokea’s troops have already showed in this season that they know how to play against Crvena zvezda mts. After all, they have defeated the red-and-whites twice in Laktaši and they now hope that they might break their losing streak in Belgrade in one of the most important games in club's history.

Match: Crvena zvezda mts - Igokea
Join thousands of ABA League fans in our digital community by liking us on Facebook, following us on Twitter or Instagram and subscribing to our YouTube channel.
If you like this and our other articles, make sure to sign up for the ABA League newsletter. You will be notified regarding all important news and updates on the ABA League via e-mail.
Social Media
Tweets by ABA_League