In the opening game of the 2021/22 AdmiralBet ABA League season, Cibona have grabbed a big win on the road in Bar against Mornar–Barsko zlato. 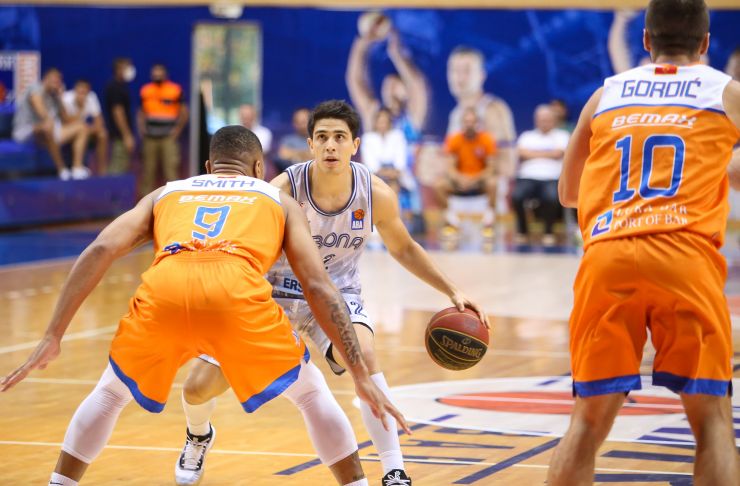 Game recap: In the opening game of the 2021/22 AdmiralBet ABA League season, Cibona have grabbed a big win on the road in Bar against Mornar–Barsko zlato. It’s a big boost for the self-confidence of the young Cibona squad, that haven’t suffered a single defeat in the preseason period, ahead of the remainder of the season. Mornar, on the other side, did not wish to begin their season with a defeat, but still have plenty of time to get back on the winning track, if they play well in the future.

Ahead of the game, just like it will be the case in all AdmiralBet ABA League Round 1 games, a minute of silence has taken place at the Topolica Sports Hall, in honour of the coach Dušan Ivković, that has passed away recently.

Key moments: After 2 minutes of the game, Mornar have been in front (7:6), but Cibona soon started to pull away and with a 16:0 run between 2nd and 7th minute, they went up by 13 points (7:20). As it turned out later in the game, Mornar did not manage to bounce back until the very end of the clash.

Man of the match: Young gun Roko Prkačin was simply fantastic for Cibona this time around, as he led his team to the win with 24 points, 6 rebounds, 2 assists and a valuation of 30. He is our man of the match!

Can’t trick the stats: Cibona have outrebounded Mornar 31:20 and that’s what turned the flow of the game their way.

Click here for more match stats
Match: Mornar-Barsko zlato - Cibona
Join thousands of ABA League fans in our digital community by liking us on Facebook, following us on Twitter or Instagram and subscribing to our YouTube channel.
If you like this and our other articles, make sure to sign up for the ABA League newsletter. You will be notified regarding all important news and updates on the ABA League via e-mail.
Social Media
Tweets by ABA_League