In the opening game of the undefeated squads after 4 rounds in the AdmiralBet ABA League season, Cibona will be hosting Partizan NIS at home in Dražen Petrović Arena in Zagreb. 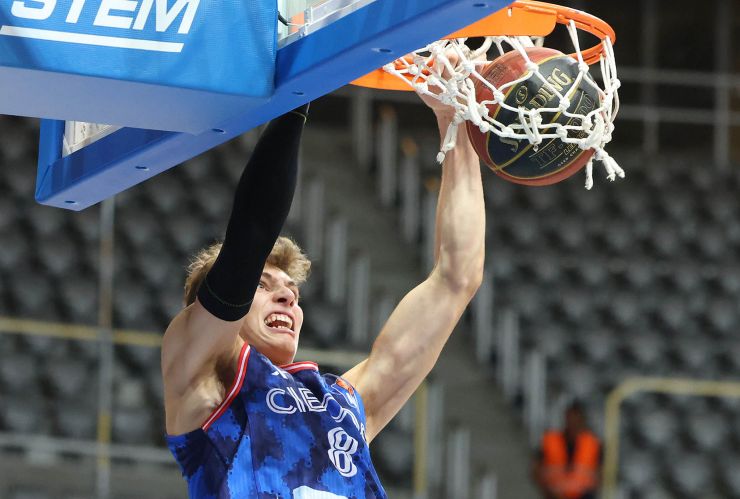 Story of the game: In the opening game of the undefeated squads after 4 rounds in the AdmiralBet ABA League season, Cibona will be hosting Partizan NIS at home in Dražen Petrović Arena in Zagreb.

It is the battle of two squads, that have had a tremendous start to the AdmiralBet ABA League season, each of them winning all three of their games played so far. So, basically, it is the question on which of the two squads would continue the season without a single scratch.

The outcome is difficult to predict, though, but one thing is certain – the games between Cibona and Partizan NIS in Zagreb have always been dramatic. And while Cibona won 9 of those games, Partizan NIS won 10. The two squads have met once in the 2021/22 preseason in Opatija and on that occasion, Cibona have emerged victorious. How will it be this time?

Match-up in focus: Perhaps the most intriguing match-up of the game will be the one between Nathan Reuvers of the Wolves and Alen Smailagić of the Steamroller. Both of them are currently the undisputed leaders of their squads, with Reuvers leading Cibona in scoring and rebounding (18 points and 10 rebounds per game) and Alen Smailagić currently being the second-leading scorer and rebounder (16 points and 11 rebounds per game). Which one can take his team to the win this time around?

Match: Cibona - Partizan NIS
Join thousands of ABA League fans in our digital community by liking us on Facebook, following us on Twitter or Instagram and subscribing to our YouTube channel.
If you like this and our other articles, make sure to sign up for the ABA League newsletter. You will be notified regarding all important news and updates on the ABA League via e-mail.
Social Media
Tweets by ABA_League