FMP have scored their 3rd win in a row after they defeated Mornar-Barsko zlato in Belgrade in Round 4 of the 2021/22 regular season. 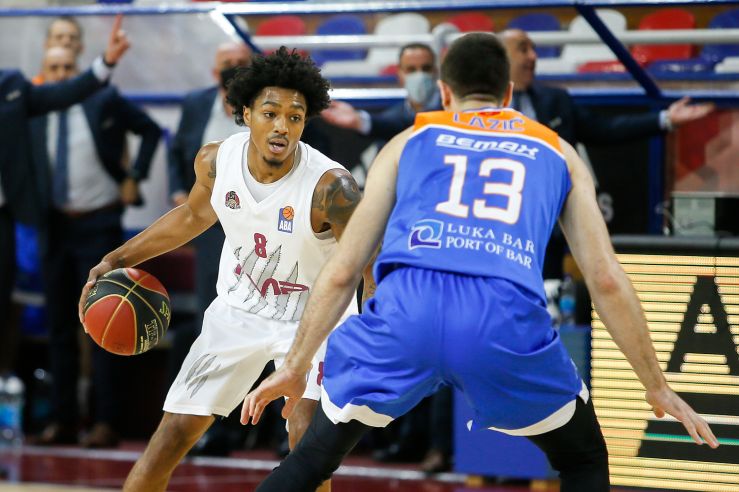 Game recap: FMP have scored their 3rd win in a row after they defeated Mornar-Barsko zlato in Belgrade. In another thrilling game of Round 4, the Panthers had more concentration late in the 4th quarter and they had Garrett Nevels who was, without any doubt, the key man for FMP in the final minutes of this match. At the score of 75:75, Nevels made two 2-pointers to put his team in front by 4 – 79:75.

FMP have therefore extended their winning streak as this was their 3rd win in a row in the 2021/22 regular season and their overall score now is 3-1. On the other side, Mornar-Barsko zlato suffered another painful defeat, their 4th in a row, and they are still winless in the ongoing season – 0-4.

Key moments: As we have previously mentioned, Garrett Nevels decided the winner of this match. He firstly managed to score a tough lay-up over two defenders – 77:75, while after that he made the key jumper for 79:75. In the rest of the match, FMP’s best player in tonight’s game Bryce Jones scored 2 free throws to seal the win for his team.

Man of the match: Nevels was the key man in the final moments of the game, but his teammate Bryce Jones was definitely the MVP of the match. Jones scored 27 points tonight, while his overall index rating was 32.

Can’t trick the stats: FMP have won the battle inside the paint. The home side made 38 rebounds, while the visitors had just 22.

Click here for more match stats
Match: Krka - ZadarMatch: FMP Meridian - Mornar-Barsko zlato
Join thousands of ABA League fans in our digital community by liking us on Facebook, following us on Twitter or Instagram and subscribing to our YouTube channel.
If you like this and our other articles, make sure to sign up for the ABA League newsletter. You will be notified regarding all important news and updates on the ABA League via e-mail.
Social Media
Tweets by ABA_League