Currently, Budućnost VOLI are hosting Mornar-Barsko zlato at home in their Morača Sports Hall, Podgorica. Follow live play by play on our website. 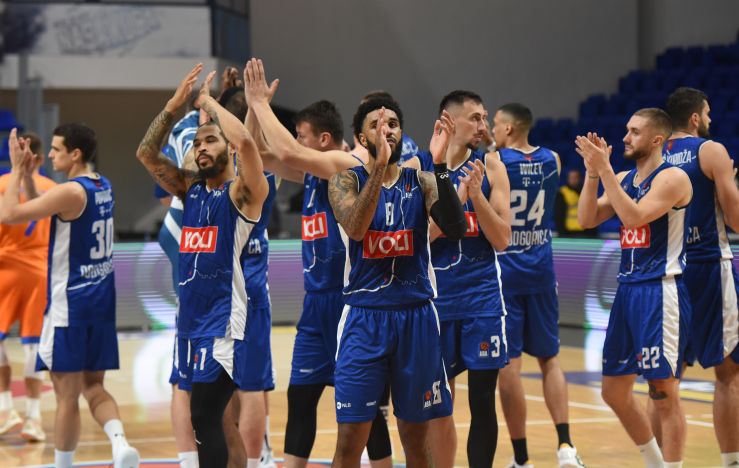 Game recap: In the sixth round of the AdmiralBet ABA League season, Budućnost VOLI have prevailed over Mornar-Barsko zlato and achieved their fourth win in a row. This way, Budućnost VOLI have grabbed their fifth win of the season and are placed in the standings just below Partizan NIS, and tied with FMP, and… Crvena zvezda mts, if the latter beats Mega Basket on Monday. On the other side, Mornar-Barsko zlato have found themselves in a bit of a crisis after six rounds, as they still keep waiting for their first triumph in the regional competition this season.

Key moments: As the teams have departed to the big break, Budućnost VOLI were in front by only a couple of points (38:36). However, the beginning of the second half was completely different. In the opening 4 minutes of the second half, the hosts went on an 11:4 run and pulled away by 9 points (49:40). As it turned out later in the game, there was no return for Mornar-Barsko zlato into the battle for the win after this blow, until the very end of the game.

Man of the match: Marko Jagodić Kuridža is the Match of the Round Hero, as he led his Budućnost VOLI towards the new win in the AdmiralBet ABA League season with 17 points, 7 rebounds, 1 block and a valuation of 25.

Can’t trick the stats: Budućnost VOLI have outrebounded Mornar-Barsko zlato 34:26 and that’s where the major difference between the two squads emerged.

Click here for more match stats
Match: Budućnost VOLI - Mornar-Barsko zlato
Join thousands of ABA League fans in our digital community by liking us on Facebook, following us on Twitter or Instagram and subscribing to our YouTube channel.
If you like this and our other articles, make sure to sign up for the ABA League newsletter. You will be notified regarding all important news and updates on the ABA League via e-mail.
Social Media
Tweets by ABA_League