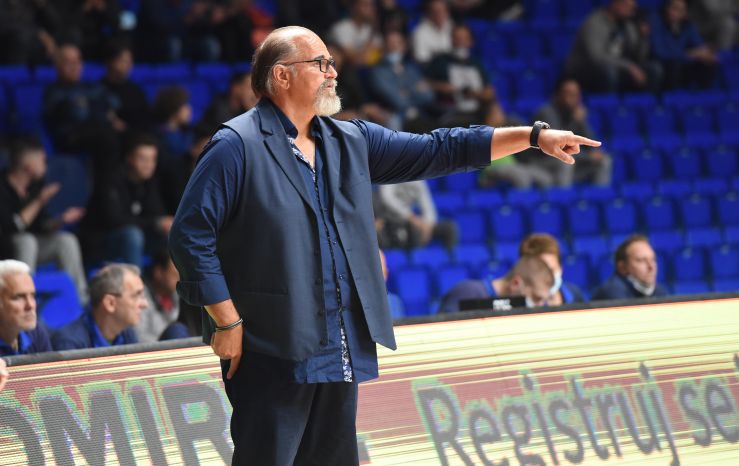 Story of the game: Budućnost VOLI will host their big local rivals Mornar-Barsko zlato in this week’s AdmiralBet ABA League match of the round.

Budućnost VOLI await this derby in much better mood than their rivals. The blue-and-whites have won 4 out of the previous 5 games in the championship, while on top of that they scored a huge win in EuroCup over the last week when they defeated Valencia Basket in a thrilling ending.

On the other side, Mornar-Barsko zlato had a nightmare start of the new season as they are still winless after the opening 5 rounds! The last season’s semifinalists lost all of their 5 games so far in the season and they desperately want to end that losing streak.

However, tradition is not really on Mornar-Barsko zlato side for this match. Budućnost VOLI and Mornar have so far faced 6 times in Podgorica in the regional league and Budućnost VOLI have triumphed all 6 times.

Will Budućnost VOLI keep that perfect home-court record against Mornar-Barsko zlato, or will the visitors finally triumph in Podgorica and clinch their first win in the new season? We are about to find out on Sunday evening.

Many things in this match will depend on this duel. Cobbs is a true leader of Budućnost VOLI, while he is currently the team’s top scorer in the ongoing season. At the same time, Gordić is the 2nd best scorer of Mornar-Barsko zlato, while he’s been the team’s best player in the last couple of games.

Head-to-head score in the regional league: In total 9:3; In Podgorica 6:0.

Match: Budućnost VOLI - Mornar-Barsko zlato
Join thousands of ABA League fans in our digital community by liking us on Facebook, following us on Twitter or Instagram and subscribing to our YouTube channel.
If you like this and our other articles, make sure to sign up for the ABA League newsletter. You will be notified regarding all important news and updates on the ABA League via e-mail.
Social Media
Tweets by ABA_League