Split have scored their first win of the season as they prevailed over their big rivals Cibona in a thrilling clash. 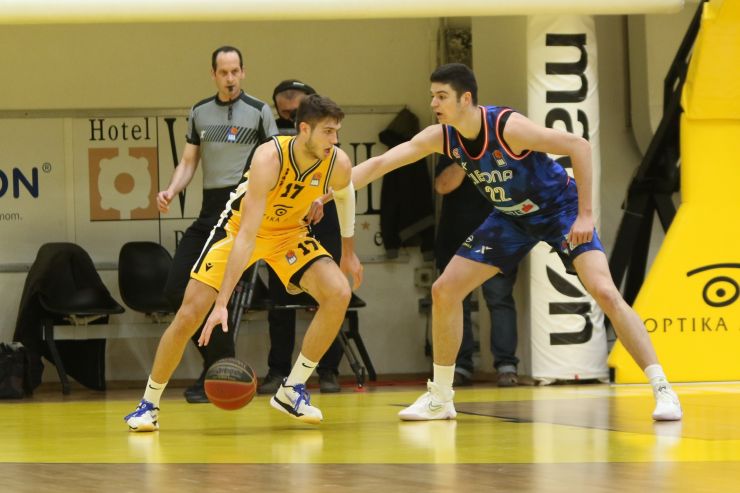 Game recap: Split have scored their first win of the season as they prevailed over their big rivals Cibona in a thrilling clash.

The home side had a slow start and they were trailing by 15 already in the opening quarter – 9:24, but the boys in yellow-and-black jerseys managed to pulled off a major comeback and to take over the lead already by halftime – 43:38. Split have remained in front until the end, but only after going through a dramatic ending in which Cibona missed several chances to turn the things in their advantage.

Key moments: Split were up by 3 points with less than one-and-a-half minute on the game clock – 76:73, while in the rest of the match Cibona missed two big chances to melt the gap even more. Firstly, Jose Vildoza made perhaps the key turnover when he was called for traveling right under the basket of Split, while just couple of moments later Nathan Reuvers missed a 2-pointer that would have reduced Split’s lead to just a single point.

After Cibona missed their chances, Toni Perković scored one free throw to seal the win for Split – 77:73.

Can't trick the stats: At the end it was turnovers that decided the winner. Cibona made 10 of them tonight, which is double as much as Split team made.

Click here for more match stats
Match: Split - Cibona
Join thousands of ABA League fans in our digital community by liking us on Facebook, following us on Twitter or Instagram and subscribing to our YouTube channel.
If you like this and our other articles, make sure to sign up for the ABA League newsletter. You will be notified regarding all important news and updates on the ABA League via e-mail.
Social Media
Tweets by ABA_League