Sutjeska have prevailed over the tournament hosts Vrijednosnice Osijek in the third round of the season. 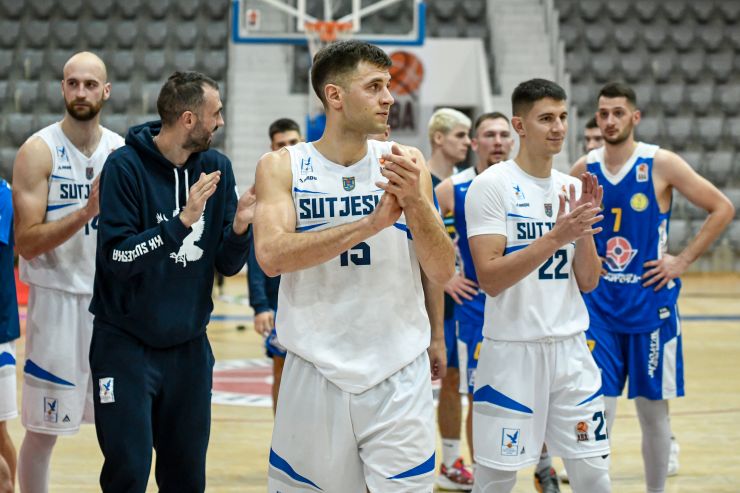 Sutjeska have prevailed over the hosts of the 2nd regular season tournament in Gradski vrt sports hall, Vrijednosnice Osijek in the third round of the season.

This way, Sutjeska have secured themselves the second win of the season and a position in the upper half of the standings after three rounds played this season in the ABA League 2. On the other side, Vrijednosnice Osijek, the newcomers in the competition, remain the only team without a single defeat on their record three rounds into the season.

It has really not been a one-sided contest, like the final score might suggest, as the teams have been tied at halftime (37:37). Sutjeska got in front in the third quarter and led by 4 points after 30 minutes, only to increase their lead into the double-digits in the final quarter and eventually get away with the win with the final score of 80:68.

Click here for more match stats
Match: Sutjeska - Vrijednosnice Osijek
Join thousands of ABA League fans in our digital community by liking us on Facebook, following us on Twitter or Instagram and subscribing to our YouTube channel.
If you like this and our other articles, make sure to sign up for the ABA League newsletter. You will be notified regarding all important news and updates on the ABA League via e-mail.
Social Media
Tweets by ABA_League