FMP Meridian have grabbed another win in the 2021/22 season as they defeated Cibona on the road in Round 9. 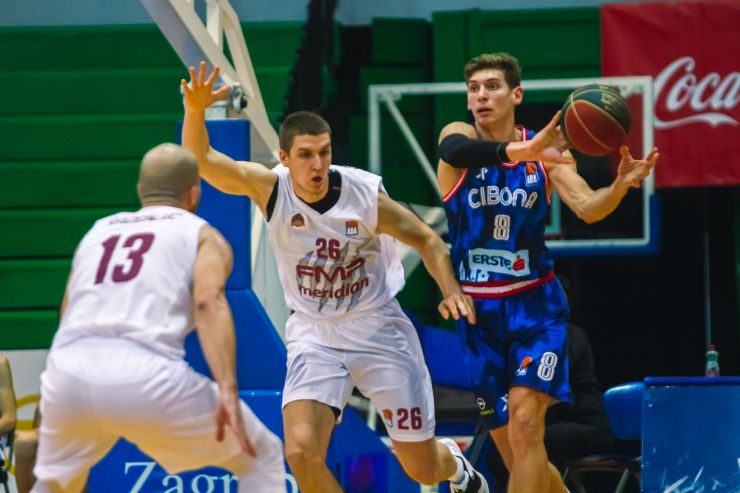 Game recap: FMP Meridian have grabbed another win in the 2021/22 season as they defeated Cibona on the road in Round 9. This means that the Panthers will spend some time all alone at the 1st place on the standings, at least until tonight’s derby match between Partizan NIS and Budućnost VOLI. And that is certainly a big thing for this young team.

FMP Meridian's players Garrett Nevels and Bryce Jones were the ones who made difference in this game. Nevels finished the match with 28 points and he was by far the top scorer of the game, while Jones dropped 21 points, including 4 key points that he made late in the 4th quarter and which decided the winner.

Key moments: The two teams were all tied at 61:61, with 2 minutes left on the game clock. And then Bryce Jones made 4 points in a row that decided the winner. FMP Meridian''s point guard firstly made a lay-up to put his team in front – 63:61, while after Cibona’s point guard Krešimir Radovčić missed both free throws, Jones got fouled and he did not miss his shots from the free throw line – 65:61.

Man of the match: Garrett Nevels has played the best game so far in his AdmiralBet ABA League career! Nevels scored career-high 28 points, he made career-high 8 rebounds, while he also recorded his career-high index rating of 34!

Can’t trick the stats: As we have already mentioned, two players decided the winner in this game. Garrett Nevels and Bryce Jones scored 49 points combined and they led the visiting side toward this big triumph.

Click here for more match stats
Match: Cibona - FMP Meridian
Join thousands of ABA League fans in our digital community by liking us on Facebook, following us on Twitter or Instagram and subscribing to our YouTube channel.
If you like this and our other articles, make sure to sign up for the ABA League newsletter. You will be notified regarding all important news and updates on the ABA League via e-mail.
Social Media
Tweets by ABA_League