Crvena zvezda mts will play against UNICS Kazan on Friday evening in Round 12 of the 2021/22 Turkish Airlines EuroLeague season. 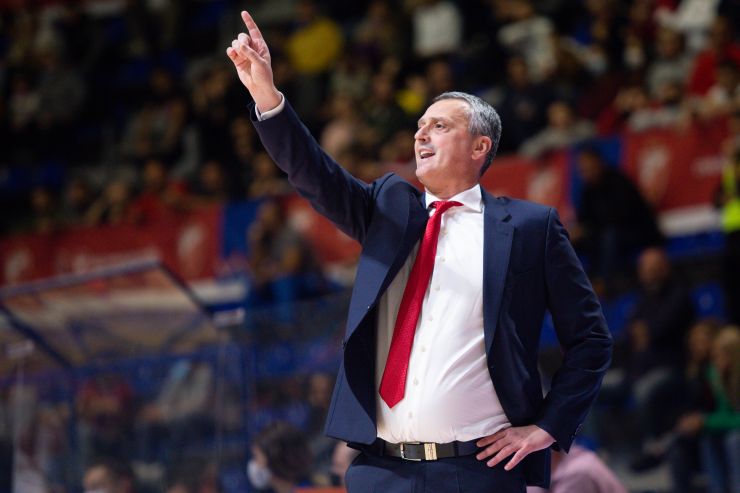 Crvena zvezda mts will play against UNICS Kazan on Friday evening in Round 12 of the 2021/22 Turkish Airlines EuroLeague season.

The red-and-whites want to get back on the winning track as they lost the previous two games in this competition. Still, it must be mentioned that the Belgrade team played both of those two games on the road against very tough opponents (Baskonia and Real Madrid) and that they were without some key players in those two games.

Now, Crvena zvezda mts will host UNICS Kazan with almost full roster as Luka Mitrović, Nathan Wolters and Nikola Kalinić have all recovered from injuries. Only Aaron White remains sidelined, but he should also soon return on the court.

Crvena zvezda mts have boosted the team morale ahead of this game by scoring a very convincing win against SC Derby last weekend in AdmiralBet ABA League and they will now try to use the good momentum to grab another very valuable win in Turkish Airlines EuroLeague.

Crvena zvezda mts are currently behind UNICS Kazan on the 2021/22 standings as the red-and-whites have the overall score of 4-7, while the Russian side is at 6-5.