Serbia and Slovenia have scored quite big wins in the opening round of the 2023 FIBA World Cup Qualifiers. 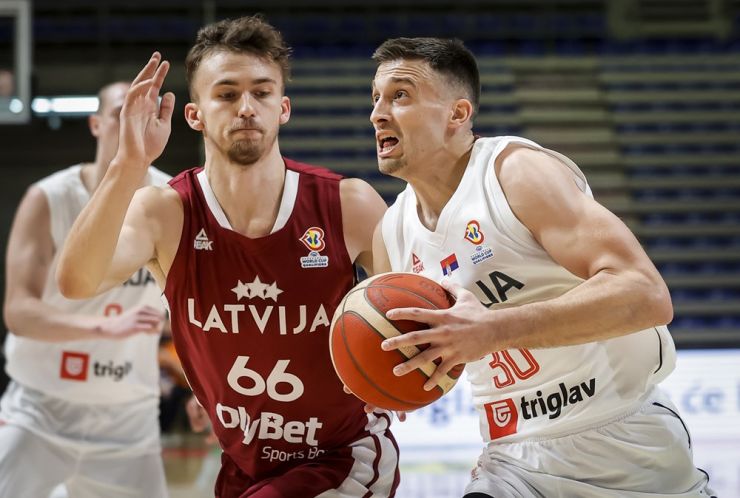 Serbia and Slovenia have scored quite big wins in the opening round of the 2023 FIBA World Cup Qualifiers.

Serbia have prevailed over Latvia at home after a thrilling ending in which Budućnost VOLI power forward Marko Jagodić Kuridža became the hero of the night as he scored the game-winning free throw with less than 3 seconds remaining on the game clock.

Slovenia have also achieved very valuable win as they defeated Croatia on the road. Slovenian hero tonight in Zagreb was 30-year-old Jakob Čebešek who made the key AND-1 three-pointer right at the start of the final minute. By completing this 4-point play, Čebešek put Slovenia in front – 72:69 – and the visiting side has stayed in front until the end thanks to their perfect free-throw shooting.

On the other side, Filip Bundović made 16 points for Croatia, while Cibona rising star Roko Prkačin finished the match with 15 points.