In the opening game of the Saturday’s AdmiralBet ABA League schedule, Mornar-Barsko zlato have prevailed over Mega Mozzart after a thrilling ending at home in Topolica Sports Hall in Bar. 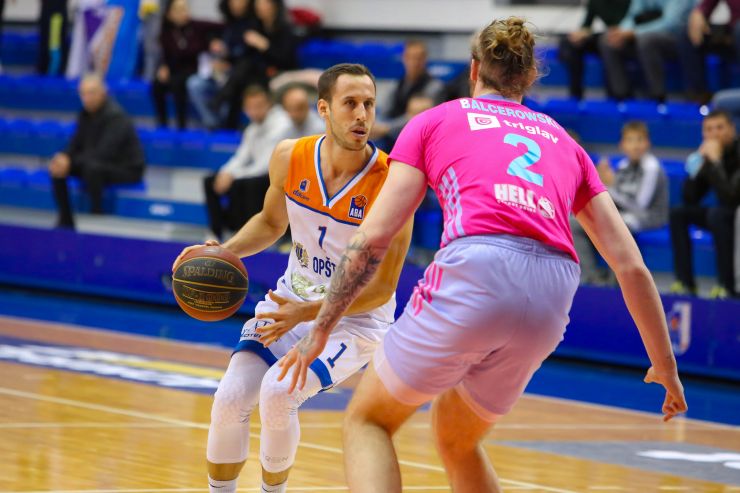 Game recap: In the opening game of the Saturday’s AdmiralBet ABA League schedule, Mornar-Barsko zlato have prevailed over Mega Mozzart after a thrilling ending at home in Topolica Sports Hall in Bar. This is an important win for the Bar squad in their battle to reach the Playoffs zone, where they definitely desire to be, as they have grabbed their 3rd win of the season, while on the other side, Mega Mozzart will be continuing their AdmiralBet ABA League season with a 4:6 record, just above their Round 10 rivals.

Key moments: As the two sides have entered the final minute of the game, they have still been separated by only 2 points (75:73). However, Mega Mozzart failed to convert their next offensive possession into a bucket and it has been Nemanja Gordić, who has punished them on the other end with a layup with 25 seconds on the game clock for the 4-point lead for Mornar-Barsko zlato. This has been crucial for the later game’s development, as the visiting side simply did not have enough time to turn the game upside-down again until the end.

Man of the match: Nemanja Gordić has been the key to Mornar-Barsko zlato victory this time around, as he has led his team to the triumph with 14 points, 6 assists, 2 rebounds, and a valuation of 15. He is our man of the match.

Can’t trick the stats: Even though Mega Mozzart have actually been a better of the two teams in categories like rebounding and steals, what turned out to be crucial in the end was the field goal percentage, where Mornar-Barsko zlato have been better, scoring 48.2% from the field, while Mega Mozzart’s success rate was 41.2%.

Click here for more match stats
Match: Mornar-Barsko zlato - Mega Mozzart
Join thousands of ABA League fans in our digital community by liking us on Facebook, following us on Twitter or Instagram and subscribing to our YouTube channel.
If you like this and our other articles, make sure to sign up for the ABA League newsletter. You will be notified regarding all important news and updates on the ABA League via e-mail.
Social Media
Tweets by ABA_League