FMP have beaten Krka at home in Belgrade in the 10th round of the AdmiralBet ABA League season, and grabbed their eighth win of the season. 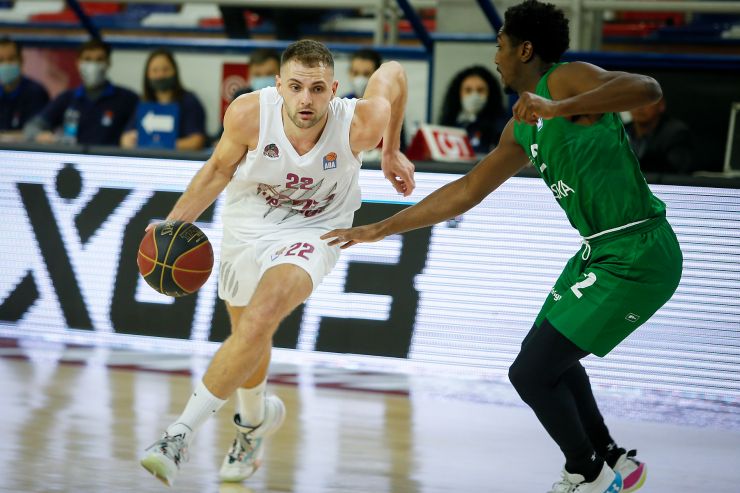 Game recap: FMP Meridian have beaten Krka at home in Belgrade in the 10th round of the AdmiralBet ABA League season, and grabbed their eighth win of the season. This way, the Panthers remain just below the very top of the standings, just a win short of reaching their city rivals Crvena zvezda mts and Partizan NIS. On the other side, Krka continue their AdmiralBet ABA League season with a 3:7 record, which puts them on the edge of danger zone near the bottom of the standings.

Key moments: With four minutes left in the second quarter, the margin between the two sides has still been only 3 points (30:27), but then FMP Meridian went on a 12:2 run, which put them up by 13 points (42:29) in the 17th minute. It turned out to be crucial for the development of the game, as Krka did not manage to bounce back again after this blow until the very end.

Man of the match: Danilo Tasić was the best player of the winning side this time around, as he had 14 points, 7 rebounds, 2 blocks, 1 assist and steal each and a valuation of 18. He is our man of the match!

Can’t trick the stats: Field goal percentage, rebounds, assists, you name it! FMP Meridian have been better than Krka in almost every single statistical category and they have deserved their win in every possible way.

Click here for more match stats
Match: FMP Meridian - Krka
Join thousands of ABA League fans in our digital community by liking us on Facebook, following us on Twitter or Instagram and subscribing to our YouTube channel.
If you like this and our other articles, make sure to sign up for the ABA League newsletter. You will be notified regarding all important news and updates on the ABA League via e-mail.
Social Media
Tweets by ABA_League