In the opening game of the Sunday’s AdmiralBet ABA League programme, Mega Mozzart have topped Split at home in Ranko Žeravica Sports Hall in Belgade. 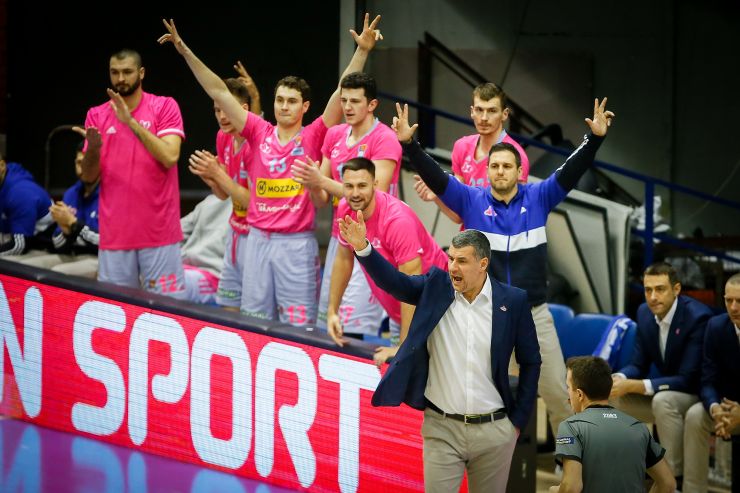 Game recap: In the opening game of the Sunday’s AdmiralBet ABA League programme, Mega Mozzart have topped Split at home in Ranko Žeravica Sports Hall in Belgade. For the winning side, this is the fifth triumph of the season and they are now on a 5:6 record, which will place them just below the Playoffs zone after 11 rounds. On the other side, Split will continue their season with a 2:9 record, at the very bottom of the AdmiralBet ABA League standings after 11 rounds.

Key moments: It has been a game of many ups and downs for both squads and the last time that the two sides have been close was in the 27th minute, when Mega Mozzart led 48:46. That’s when a 7:0 run started in favour of Mega Mozzart, that took them up by 9 points with a minute to go in the third quarter (55:46). As it turned out later in the game, this was crucial for the match’ development, since Split did not manage to threaten to take Mega’s lead away anymore until the very end.

Man of the match: Aleksandar Balcerowski was the key to Mega Mozzart’s win, as he led his team to the win with a double double (15 points and just as many rebounds), while adding 2 assists, 2 blocks and a game-high valuation of 28 to his stats! He is our man of the match!

Can’t trick the stats: Mega Mozzart have simply dominated the glass, as they have outrebounded Split 51:21. This was the key to their convincing win in the end.

Match: Mega MIS - Split
Join thousands of ABA League fans in our digital community by liking us on Facebook, following us on Twitter or Instagram and subscribing to our YouTube channel.
If you like this and our other articles, make sure to sign up for the ABA League newsletter. You will be notified regarding all important news and updates on the ABA League via e-mail.
Social Media
Tweets by ABA_League