Mega Mozzart will host Split this Sunday at noon in Round 11 of the 2021/22 AdmiralBet ABA League regular season. 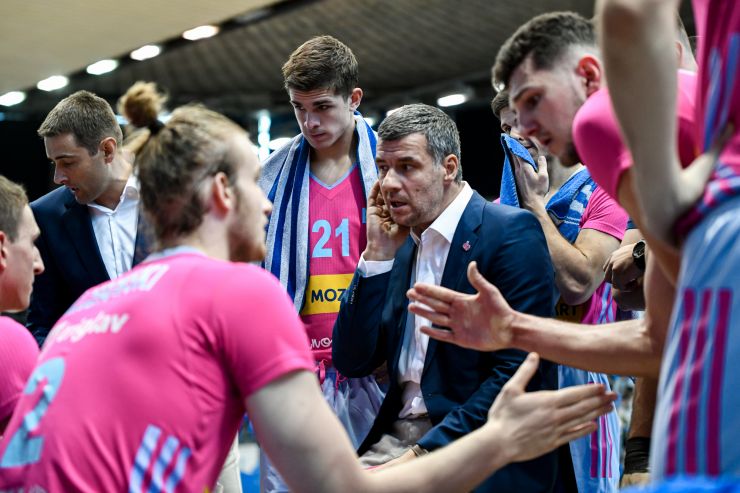 Story of the game: Mega Mozzart will host Split this Sunday at noon in Round 11 of the 2021/22 AdmiralBet ABA League regular season.

Mega Mozzart will have home court advantage in this match and that is something that may be very important for the final outcome as the Pink troops are playing really well in their gym. Mega Mozzart have so far played 5 home games in this season and they have won 4 of them.

On the other side, Split are one of the four teams that are still winless on the road in the 2021/22 campaign. The Yellow troops have lost all of their previous 5 away games and they now hope that they might end that losing streak. Split will be stronger for two new players for the upcoming game as they have registered their latest roster additions Maj Kovačević and Josip Jukić for the 2021/22 season.

Mega Mozzart and Split have so far face two times in the top tier of the regional basketball and each team have scored 1 home win.

Match-up in focus: Mega Mozzart’s top scorer in this season Boriša Simanić has returned on court last weekend after being sidelined for couple of weeks due to injury and he is now fully ready to pick up where he left off before the break. Simanić will have a direct duel against Split’s top scorer Darko Bajo who scored 10+ points in 6 out of the previous 8 games in AdmiralBet ABA League.

This duel will definitely be very interesting to watch.

Match: Mega MIS - Split
Join thousands of ABA League fans in our digital community by liking us on Facebook, following us on Twitter or Instagram and subscribing to our YouTube channel.
If you like this and our other articles, make sure to sign up for the ABA League newsletter. You will be notified regarding all important news and updates on the ABA League via e-mail.
Social Media
Tweets by ABA_League