On the road in Zagreb, Mornar-Barsko zlato have beaten Cibona and grabbed their 6th win of the AdmiralBet ABA League season. 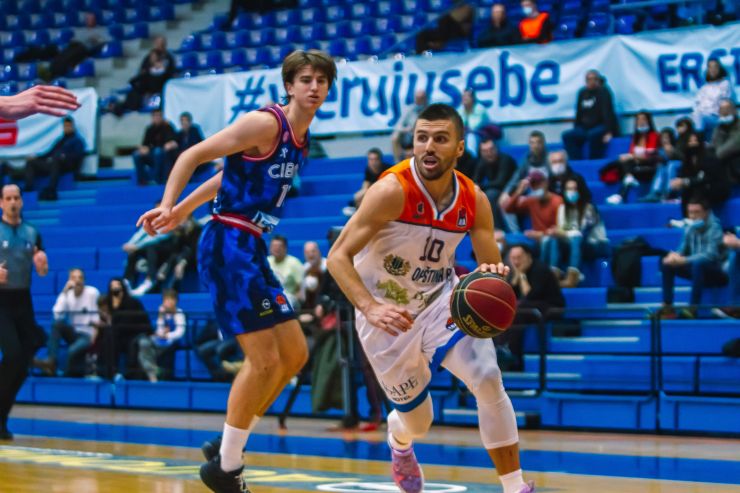 Game recap: On the road in Zagreb, Mornar-Barsko zlato have beaten Cibona and grabbed their 6th win of the AdmiralBet ABA League season. This way, the Bar squad keep chasing the AdmiralBet ABA League Playoffs, as they are still only 2 wins behind the sixth placed team of Igokea m:tel with a record of 6:8. On the other side, Cibona have now fallen behind Mornar-Barsko zlato by a win with the record of 5:9 and they will need to start winning in order to keep their Playoffs dream alive.

Key moments: With 7 minutes into the third quarter, the margin between the two sides was still only 3 points (56:59). However, a 7:0 run followed by Mornar-Barsko zlato over the next 2 minutes, which put them up by 10 points (56:66) in the final minute of the third quarter. That’s when it became clear that a comeback for Cibona would be everything but easy.

Man of the match: Aleksandar Lazić had an incredible performance for Mornar-Barsko zlato, as he led his team to the win with 11 points, 9 rebounds, 4 steals, 3 assists and a valuation of 23. He is our man of the match!

Can’t trick the stats: Mornar-Barsko zlato have outrebounded Cibona 34:27 and that’s what turned the flow of the game their way.

Click here for more match stats
Match: Cibona - Mornar-Barsko zlato
Join thousands of ABA League fans in our digital community by liking us on Facebook, following us on Twitter or Instagram and subscribing to our YouTube channel.
If you like this and our other articles, make sure to sign up for the ABA League newsletter. You will be notified regarding all important news and updates on the ABA League via e-mail.
Social Media
Tweets by ABA_League